If all the speculations about the release of the OnePlus 10 Pro are correct, then it might be unveiled in China early next year. After getting official in OnePlus’ native nation, the phone might hit shop shelves in other areas a few months later. While the business has yet to reveal its plans for the smartphone’s release, several official-looking OnePlus 10 Pro cover renders have leaked online. As per rumors, the smartphone will be released in the first quarter of 2022 and would be powered by the Qualcomm Snapdragon 8 Gen 1 SoC.

The OnePlus upcoming device specifications are yet to be officially announced by the company, although they have been suggested via several leaks in the past. 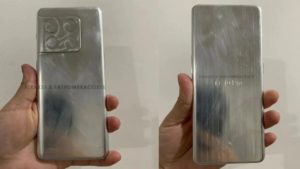 As per leaks, Unlike One Plus 9, the handset is said to include a triple camera configuration. According to reports, the device might have the same zoom powers as the current flagship OnePlus 9 Pro, which boasts a telephoto lens capable of 3.3x optical zoom and 30x digital magnification.

According to the speculations, the OnePlus 10 Pro might be paired with the Snapdragon 8 Gen 1 SoC chipset and would be available in China at the start of 2022.

Talking about the display as per leaks, the smartphone is going to have a 6.7-inch (1,440×3,216 pixels) LTPO Fluid 2 AMOLED display with a 120Hz refresh rate and 526ppi pixel density. The company still has not released any detail about its specifications.

On the battery front, the handset could feature a powerful 5,000mAh battery.

Reports related to the OnePlus 10 Pro indicate that the device might have up to 12GB of RAM and 256GB of internal storage.

The rumors stated that the OnePlus 10 Pro will be released in China in January and in other regions in the first quarter of 2022, but OnePlus yet has not revealed any features or information officially.

You may be also interested in PUBG: New State Latest Update will Come with a Feature that Allows to Ban Game Cheater