The McLaren Edition has a different design as compared to the regular version. It comes with a carbon fiber pattern beneath the glass of the rear panel. However, there is a McLaren Logo in Papaya Orange color on the bottom edge.  The black body of the handset is combined with an orange hue. This tint is added to the bottom edge of the glass and extends to the sides. Moreover, The Warp Charge 30 unit that ships with the handset comes with a braided Papaya Orange cable as well. The fast charging on the OnePlus 6T Mclaren variant can support up to 30W. 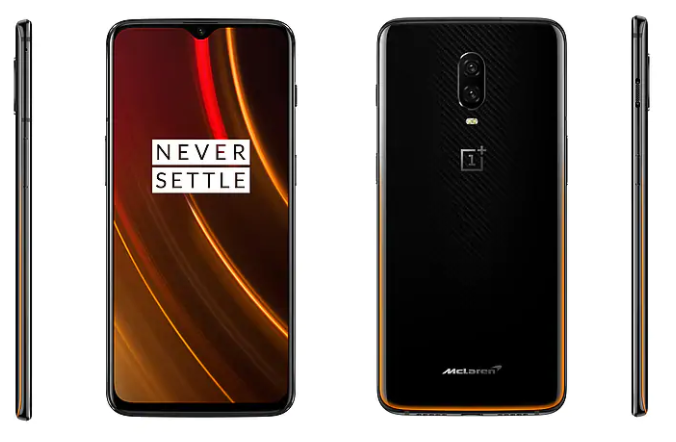 The handset sports a 6.41-inch full-HD+ (1080×2340 pixels ) AMOLED display. The phone comes with a 19.5:9 aspect ratio. Furthermore, the display is protected by Corning Gorilla Glass 6. The phone features a waterdrop-style notch, with an ambient light sensor, distance, and RGB sensor. The McLaren Edition is powered by an octa-core Qualcomm Snapdragon 845 SoC which is coupled with 10GB RAM.

OnePlus has become the first company to offer 10 GB RAM handset to the global market. The battery capacity of  3700mAh keeps its lights on. Furthermore, this version is named Warp Charge 30. The OnePlus 6T McLaren Edition price in the UK is set at GBP 649 for the regular variant. On the other hand, its price for the 8GB RAM/ 256GB storage Midnight Black variant is set at GBP 579.