We all know that OnePlus is all set to launch their upcoming smartphone, OnePlus 6T by the end of this month. According to the latest reports, OnePlus 6T Launch Date is set to be October 30th. The company will hold an event in NewYork to launch the smartphone. Many leaks and rumors have already been swirling around about this device. Recently, OnePlus confirmed that the upcoming smartphone will feature an optical fingerprint sensor. OnePlus 6T Optical In-Display Fingerprint Scanner will be its standout feature.

An in display optical fingerprint scanner will be the standout feature of OnePlus 6T. However, the question that arises here is that whether it’s going to be good or not. According to reports, OnePlus may borrow Optical In-display Fingerprint scanner from Vivo NEX S as it is also the part of BBK electronics that markets OPPO and Vivo smartphones as well. 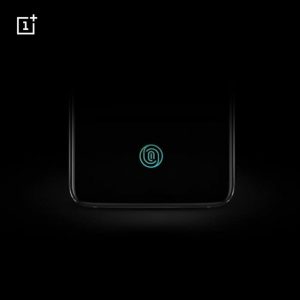 According to the rumors, OnePlus 6T will be identical to OnePlus 6 in terms of memory. It will be available in three configurations – 6GB RAM + 64GB storage, 8GB RAM + 128GB storage, and 8GB RAM + 256GB storage. Moreover, the renders of OnePlus 6T revealed that it will feature a 6.4-inch Full HD+ resolution AMOLED display.
In addition to that, the rumors suggest that the upcoming OnePlus flagship smartphone will boast a triple-camera setup at the rear. It will also come with a 20MP secondary camera and a TOF 3D camera module. The upcoming phone may also have a 16MP selfie camera module as the OnePlus 5T from last year. Connectivity-wise, the OnePlus 6T is likely to be identical to the OnePlus 6 with support for Wi-Fi 802.11 a/b/g/n/ac dual-band, Bluetooth 5.0 Low Energy, NFC, GPS with A-GPS, GLONASS, BeiDou, USB Type-C port, and 4G VoLTE. We are not still sure about these specs as the company has no words about the smartphone yet. Let’s see what comes ahead of its launch.