OnePlus 6T has already appeared in many rumors. Now OnePlus 6T Renders Leaked Again revealing Cases up for pre-order already. The company had not revealed any specs detail of the phone. However now, the company has revealed its first official teaser releasing one of the decent specs of the device. Moreover, OnePlus 6T will launch on October 17th.

The OnePlus 6T renders revealed nestled inside various cases produced by Olixar, and are posted on retailer MobileFun’s website. However, the company has not revealed any other specs detail about the phone. However, the rumors claim that OnePlus 6T will be powered by a Qualcomm Snapdragon 845 octa-core processor clocked at 2.8 GHz with an Adreno 630 GPU. 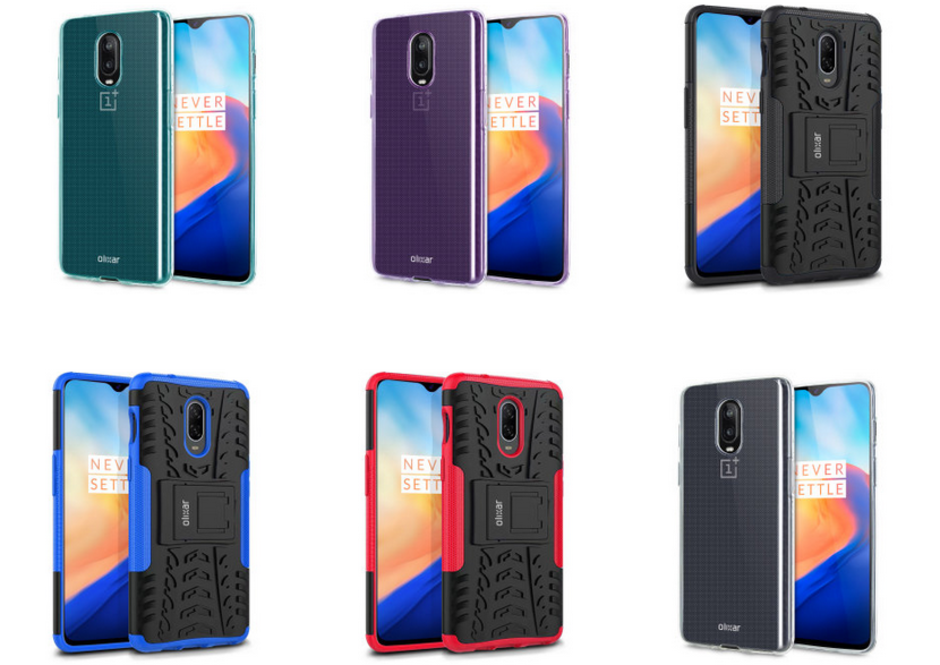 Moreover, OnePlus 6T will be identical to OnePlus 6 in terms of memory. That means it will be available in three configurations – 6GB RAM + 64GB storage, 8GB RAM + 128GB storage, and 8GB RAM + 256GB storage.

Also, the OnePlus 6T will feature a 6.4-inch Full HD+ resolution AMOLED display. Moreover, the upcoming device will offer an in-display fingerprint sensor as well. Rumors suggest the upcoming OnePlus flagship smartphone will boast a triple-camera setup at the rear. It will also come with a 20MP secondary camera and a TOF 3D camera module. The upcoming phone may also have a 16MP selfie camera module as the OnePlus 5T from last year.

OnePlus 6T will launch with Android 9 Pie OS out of the box. Connectivity-wise, the OnePlus 6T is likely to be identical to the OnePlus 6 with support for Wi-Fi 802.11 a/b/g/n/ac dual-band, Bluetooth 5.0 Low Energy, NFC, GPS with A-GPS, GLONASS, BeiDou, USB Type-C port, and 4G VoLTE.