Recently, we got our hands on the specs sheet of the upcoming flagship phones. Let’s have a look at it. 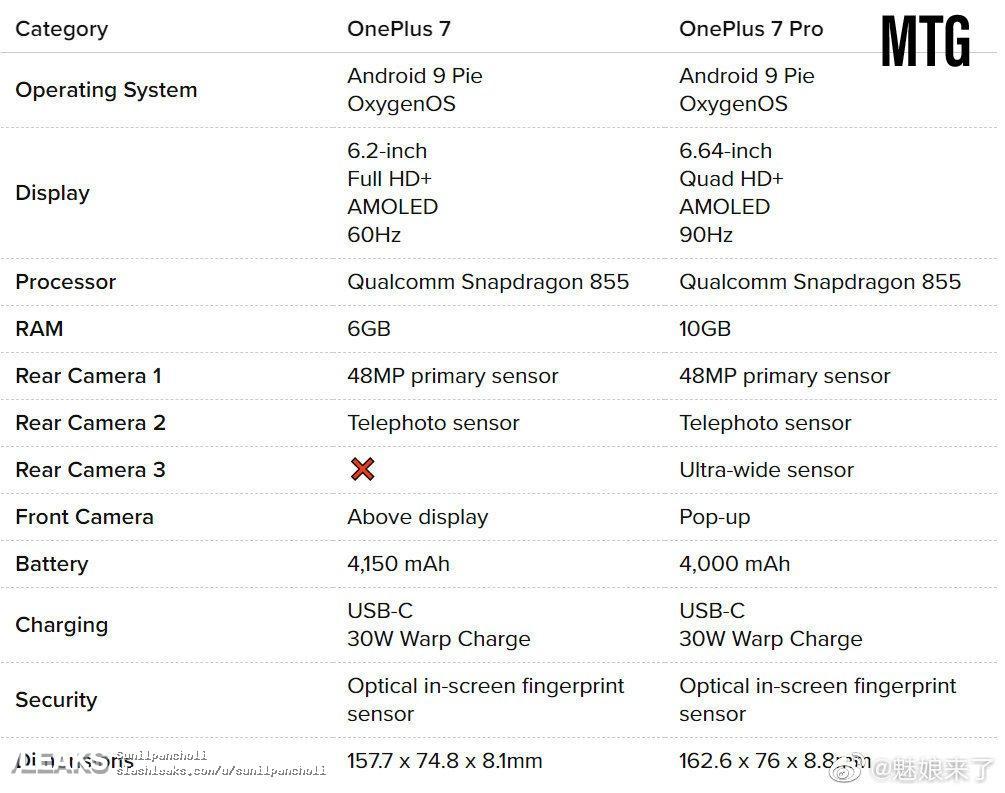 According to the latest reports, OnePlus 7 will come with a 6.2 inch AMOLED display carrying “world’s fastest screen unlock” in-screen fingerprint sensor. It seems really amazing. Isn’t it???? This will be one of the major attractions of the upcoming smartphones. In addition to that, the smartphone will come with a screen-to-body ratio of 91.5 percent. Moreover, the upcoming handset will hit the market with Qualcomm Snapdragon 855 SoC. A battery cell of 4150 mAh will be keeping its lights on.

On the other hand, the upcoming OnePlus 7 Pro will feature a tad larger 6.64-inch notch less screen with curved edges. It will be powered by the same Snapdragon 855 chipset as that in the regular version. The smartphone will come with a pop selfie snapper. Furthermore, the upcoming phone will boast a triple camera set up at the back, which will sport a 3x Zoom Camera, a 117° Ultra-wide unite & a 48MP Regular Module.

In addition to these two variants, there will be a third member of the family dubbed as OnePlus 7 Pro 5G. The 5G version of the Pro variant is tipped to feature a Snapdragon X50 modem under the hood. OnePlus 7 Price is expected to start from €700. Moreover, the company will wrap off these handsets on May 14. Let’s see what comes next ahead of the launch event. Till then stay tuned for updates.