OnePlus 8 with Snapdragon 865 Appears on Geekbench

The listing has revealed that the phone will come with the Snapdragon 865 chipset. Moreover, it will have 8GB of RAM whereas the Pro model will come with 12GB RAM. There are some chances that the vanilla OnePus 8 will also have a 12 GB RAM option. But we did not get any information regarding this yet.

From the previous rumours, we have come to know that the OnePlus will bring the 120Hz screen in its upcoming phone for Pro model for sure. However, it is not clear whether we will get the same screen in the regular model or not.

Furthermore, the rumours also claim that the phone will come with the new 50W charger. As far as the launch is concerned, it is not sure yet. But according to some reports, the OnePlus 8 and 8 Pro will launch in the first quarter of 2020. 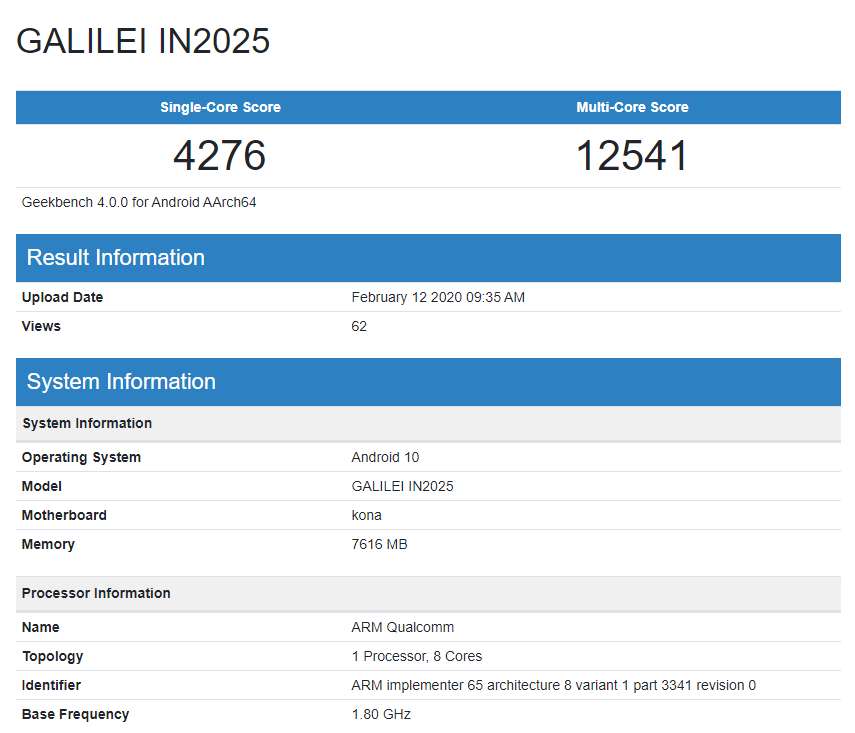