The OnePlus Watch Harry Potter Edition was eventually launched earlier today. It arrives barely three months before the twentieth anniversary of the first Harry Potter film’s premiere and features a Hogwarts-themed design. The price is set at ($225).

The watch’s limited edition version, of course, has a variety of Harry Potter-themed embellishments. The OnePlus Watch has a circular 1.39-inch AMOLED screen, a proprietary OS, and a battery life of two weeks. It features a copper colour scheme and a brown leather band embellished with Harry Potter insignia, and it comes in a box fashioned after Diagon Alley’s magical entryway.

This has over 100 workout and fitness tracking modes, blood oxygen monitoring, heart rate monitoring, and other features. There are a variety of Hogwarts House-themed watch faces available to match where the Sorting Hat has determined you belong. There’s even a Harry Potter boot motion, wand-style charging animation, and a slew of other minor changes to improve the overall experience.

The improvements also extend to the packing experience, which now includes a brick-style box with Platform 934-inspired clues and a wall that splits to expose the wearable. While the OnePlus Watch isn’t a particularly good smartwatch, this Harry Potter limited-edition is well-designed and crafted.

The OnePlus Watch Harry Potter Limited Edition allows users to personalise the UI by providing watch face selections from Hogwarts houses such as Gryffindor, Hufflepuff, Slytherin, and Ravenclaw. According to the firm, the watch strap is constructed of vegan leather, and the dial is protected by 2.5D curved glass. Users may also select animation for the menu screen’s icons. 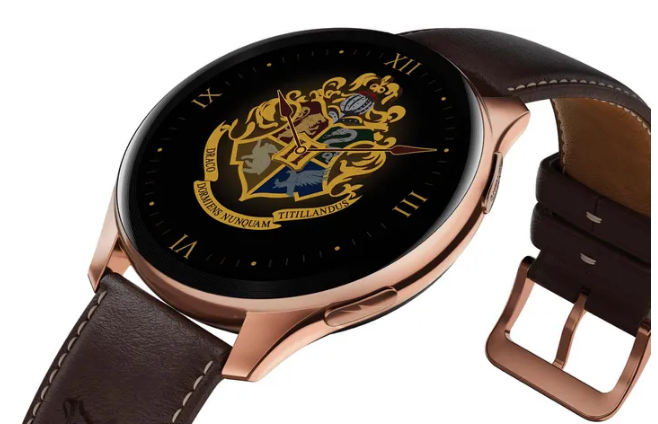 The OnePlus Watch has Bluetooth v5 connection, an IP68 rating, and 5ATM water resistance. The newest OnePlus Watch is said to have a battery that can last up to 14 days on a single charge.

OnePlus has continued upgrading the watch, adding additional features such as an always-on display and a remote control camera function. However, it may require much more than a wizarding-themed coat of paint to become a must-have item.