OnePlus will release the two smartwatch versions soon with the model numbers W310GB and W501GB. The model number W310GB may have a square dial and is presumably called the OnePlus Watch. The other model number version of the W501GB could have a circular display, and maybe it would be called Watch RX. OnePlus has recently confirmed that the OnePlus 9 smartphone series will be announced on 23 March. It is now confirmed that on 23 March it will also release the much-anticipated OnePlus smartwatches. Both the watches will boot Wear OS.

OnePlus Smartwatch Ready to Hit the Market on 23rd March 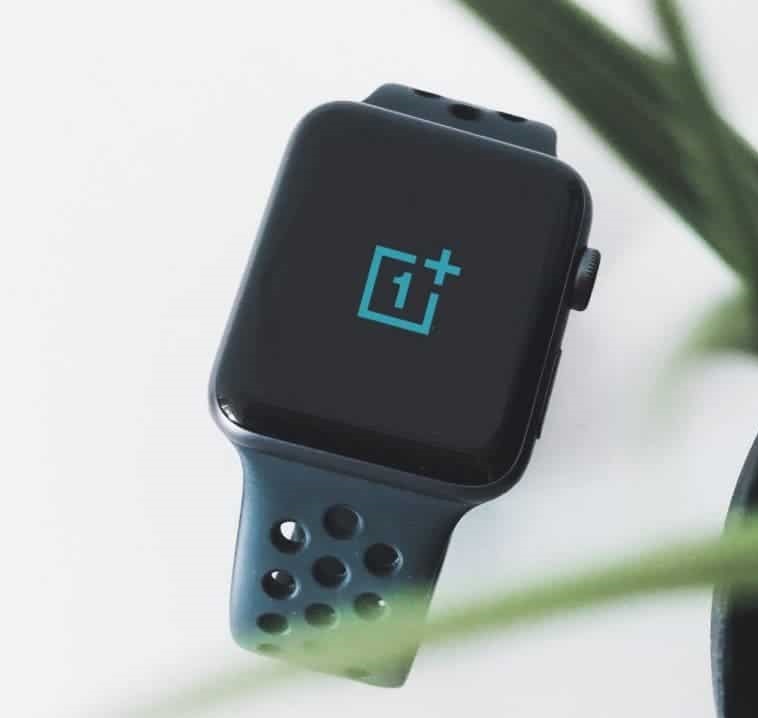 OnePlus introduced the OnePlus band as the first wearable device earlier this year. The company launched its first smartwatch teaser in October 2020, which indicated that it would become official in the coming months. Pete Lau, CEO revealed in December that the OnePlus will announce smartwatch in the start of 2021. OnePlus India Twitter account reveals that On March 23 the OnePlus Watch is going to make its debut. OnePlus Smart watches are expected to arrive in India first, as the Bureau of Indian Standards (BIS) has already certified them. 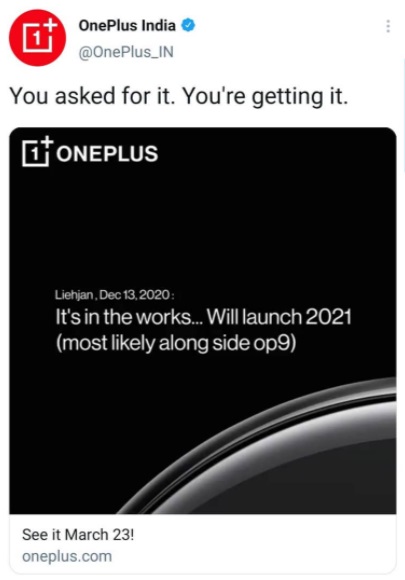 According to previous leaks both watches will come with the Obsidian Black color option. The smartwatches will deliver a dedicated dark theme, with AMOLED displays. They will have dedicated training modes to track indoor walking, swimming, and yoga exercises. Users will also can track their sports activities with wearables. 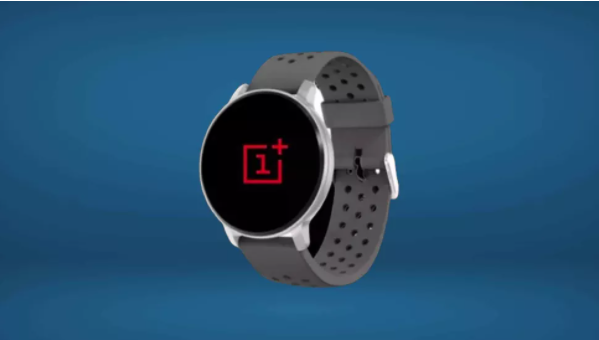 You may be also interested in: OnePlus 9 Series Gets 3C Certification, Charging Speed Revealed