OPPO has unveiled its budget-friendly A15 a couple of months earlier. However now, another version is ready to hit the market soon. OPPO A15s is the sibling to hit the market very soon. The device model has been spotted on Malaysia’s SIRIM certification website, as well as Singapore’s IMDA and Europe’s EEC sites, hinting at an imminent global release. Now a leaked banner for OPPO A15s offers a glimpse at its overall design, as well as some of the key specs. Let’s have a look at it.

First of all, the phone appears to be outwardly identical to its vanilla A15 sibling. The ad poster mentions a 6.52-inch HD+ display, which matches up perfectly with the IPS LCD, 720 x 1600-pixel panel on the OPPO A15. Additionally, the phone will come with 4GB of RAM and 64GB of expandable storage configuration. 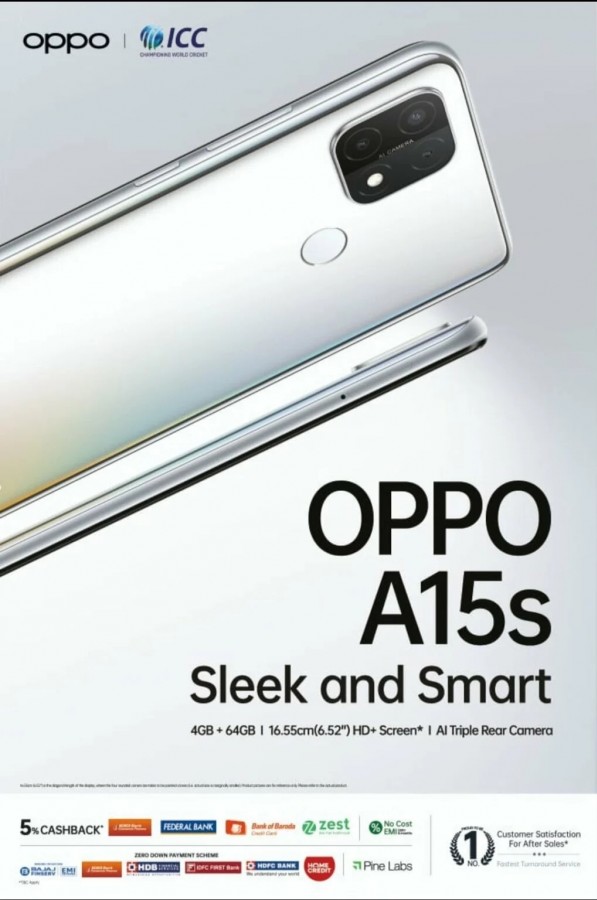 Unfortunately, there are no words about the pricing or availability of the phone. However, some rumours claimed that the phone will cost around PKR 24,000. We will surely get more information about the upcoming phone in the coming days.