We already knew that OPPO is going to launch A74 in both 4G and 5G versions. Both models have appeared in many leaks and in some certifications as well. Just recently, the 5G model has appeared on Geekbench. Now, OPPO A74 4G Appeared on Google Play Console. The listing has revealed some key specs. Let’s have a look.

OPPO A74 4G Appears on Google Play Console with SD662 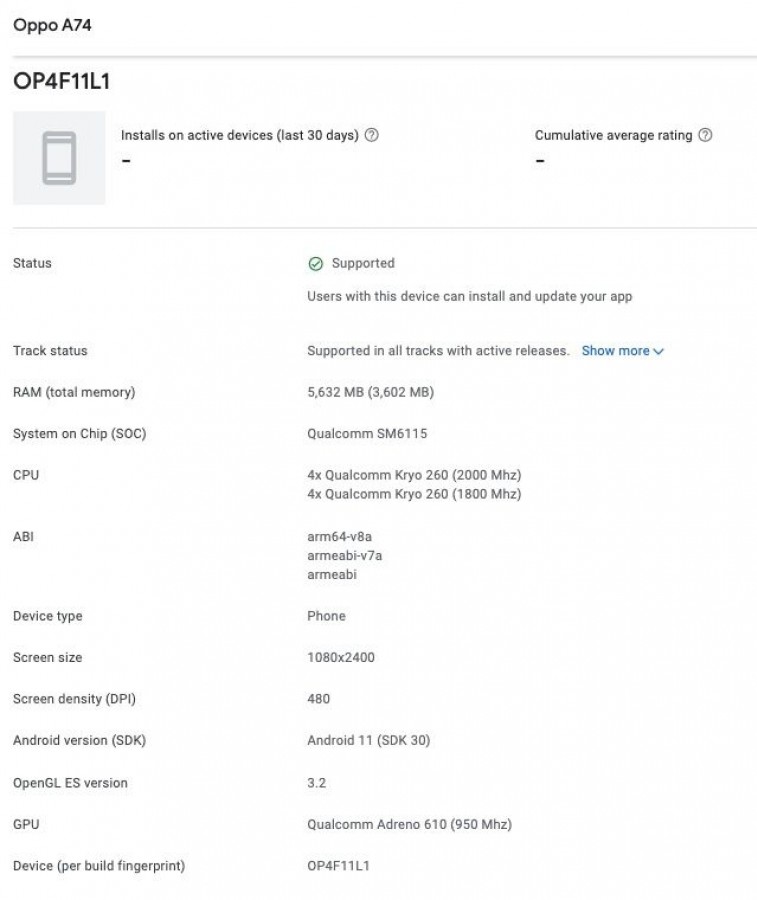 First of all, the phone will have a 1080 x 2400-pixel display resolution. It is powered by the Snapdragon 662 alongside 6GB RAM. The software front is covered by Android 11 presumably with OPPO’s ColorOS 11.1 on top. The same device with the CPH2219 model number previously appeared in many listings including the FCC, Eurasian Economic Commission, TKDN, Bureau of Indian Standards,  and the Wi-Fi Alliance.

On the other hand, the 5G model will come with the Snapdragon 480 chipset and 6GB RAM alongside a 5,000 mAh battery and Android 11 with ColorOS 11. We will surely get more official information in the coming days.