Oppo F19 Pro+ has announced officially, its top edition of the F19 series. It has most of its specifications similar to the F19 Pro, except that it is 5G supported and charge faster. The layout is also quite changed. Oppo F19 Pro is set to launch on 21 March in Pakistan, but it is uncertain that the Pro+ edition will also launch along with the Oppo F19 Pro or not.

The Oppo F19 Pro Plus powers MediaTek Dimensity 800U 5G chips set. The battery capacity is 4310 mAh and it can charge full battery 50W fast within 48 minutes. It will also allow you to talk for five hours with five minutes charge.

Oppo’s F19 series Pro+ version featured a 6.43″ Super AMOLED screen with a Full HD resolution and 800 nit brightness display. It is covered by a medium-sized bezel and has a hole-punch for the selfie camera. 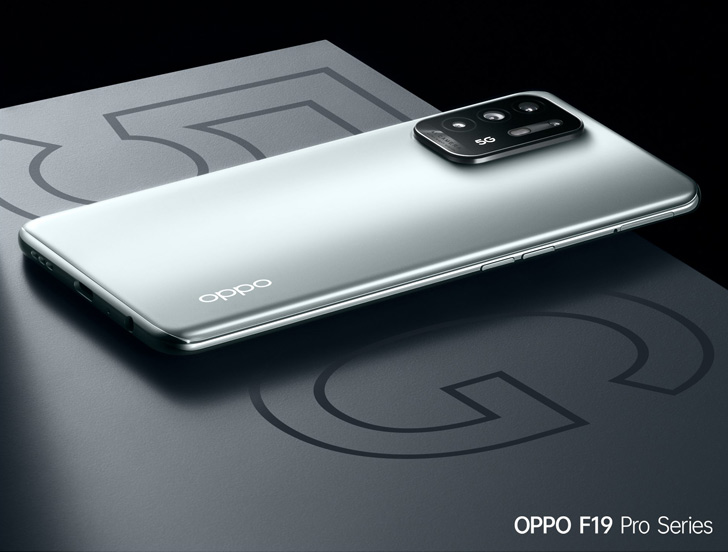 The Oppo F19 Pro Plus has almost the same design as the F19 Pro, only has slight changes. It has a slim, lightweight footprint of 173 g and 7.8 mm. It has a USB port and an earphone socket of 3.5mm. The device body has been curved around the edges and is available in two color options, Black Fluid and Silver Space. 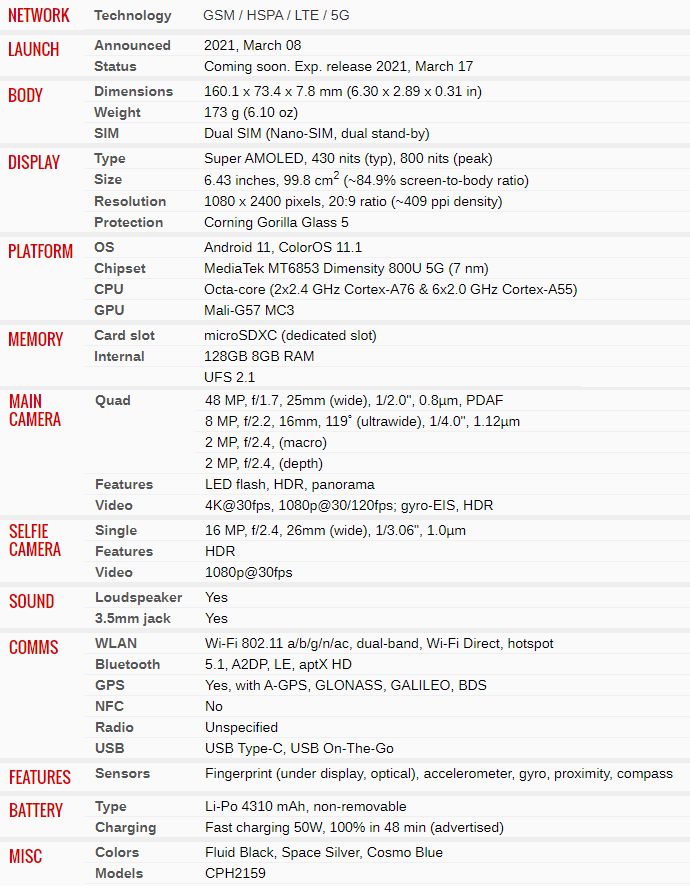