The selfie-centric smartphone brand, Oppo is now ready to introduce another mid-range handset, the Oppo F9 in August. The handset will give its first appearance in Malaysia. Two days back the Oppo Malaysia had revealed that the upcoming phone will have have a tiny notch like the Essential PH-1 and the Sharp Aquos S2 in the teaser. Today the global Oppo account took it to Twitter. They unveiled two new images of the smartphone in the Oppo F9 new teaser. This new teaser effectively confirms the design of the Oppo F9.

The new teaser of OPPO F9 came with two new images. The first image shows a tide coming at a beach, formed like the Oppo F9 front. Let’s have a look at that. 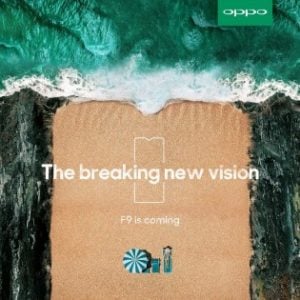 The second image of Oppo F9 shows an underwater cave with a rock neatly positioned to mimic the notch. The image is shown as follows: 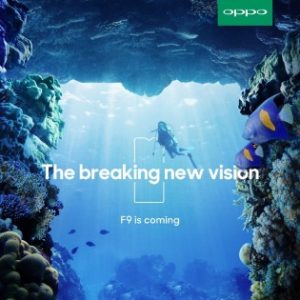 All the three teasers of the Oppo F9 have the same water-related theme. This water-related theme suggests that the phone will have waterproofing with at least IP67 compatibility. We all know that all the F-series are selfie-driven. Oppo F9 will feature a small cutout with at least 25 MP snapper. Its small cutout will be same as that of the Oppo F7 which is the current leader of the midrange portfolio.

In addition to this, Oppo is continuously teasing the notch of the upcoming smartphone Oppo F9. The company also showed its first non-flagship with VOOC that is the Oppo F9 Pro. So, there is a huge possibility that both smartphones will have the same front. There are still no words about the launch date from the Chinese company. The only thing that we know right now is that the company is going to launch the duo in August. The exact date is still unknown to us.