We know that OPPO Reno Ace will launch on October 10th. But this will not only the phone that will land in the event. OPPO K5 will also launch on October 10. So, there are some days left in the official launch. Now let’s first see what the Geekbench listing revealed about the phone. 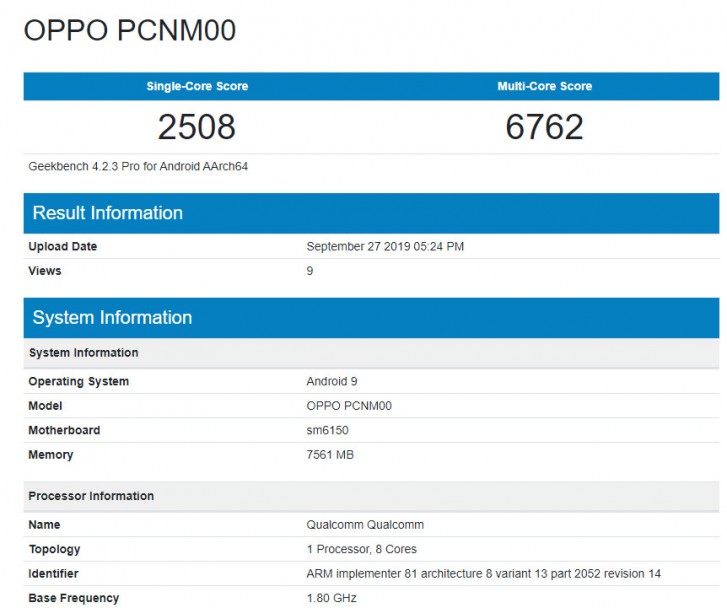 The Geekbench listing showed the device named “OPPO PCNM00”. As we already knew many specs of the phone from TENAA listing. However, there is a conflict in both the listings. The TENAA sheet revealed the clock speeds of the main cores – 2.2GHz, while the Geekbench score sheet revealed energy-efficient cluster clocked at 1.8GHz. Moreover, as mentioned earlier the phone will have Snapdragon 730 SoC.

Moreover, the Geekbench score sheet does not reveal much about the phone. But we will soon get to know about the device at the launch. Till then do tell us what do you expect from the company.