OPPO has been developing under-display cameras since late 2019. Now, it should be the time to release an actual smartphone. However, the company is still working on it. According to some latest reports, OPPO patents a Phone with an under-display camera.

The company has just been granted a patent from WIPO (World Intellectual Property Organisation) for a device with a UD camera. Moreover, it will have a small screen on the back, next to the main camera setup. It is unclear whether it will be the part of Find X4 series or not, we’re yet to learn.

The patent has been approved by CNIPA (Chinese National Intellectual Property Association), but just now it is approved for global use. Acquired by LetsGoDigital, it also reveals the screen is curved from all four sides, and the rear camera island is square with four shooters inside. Although the amount of cameras is not part of the patent, it is just an illustration. 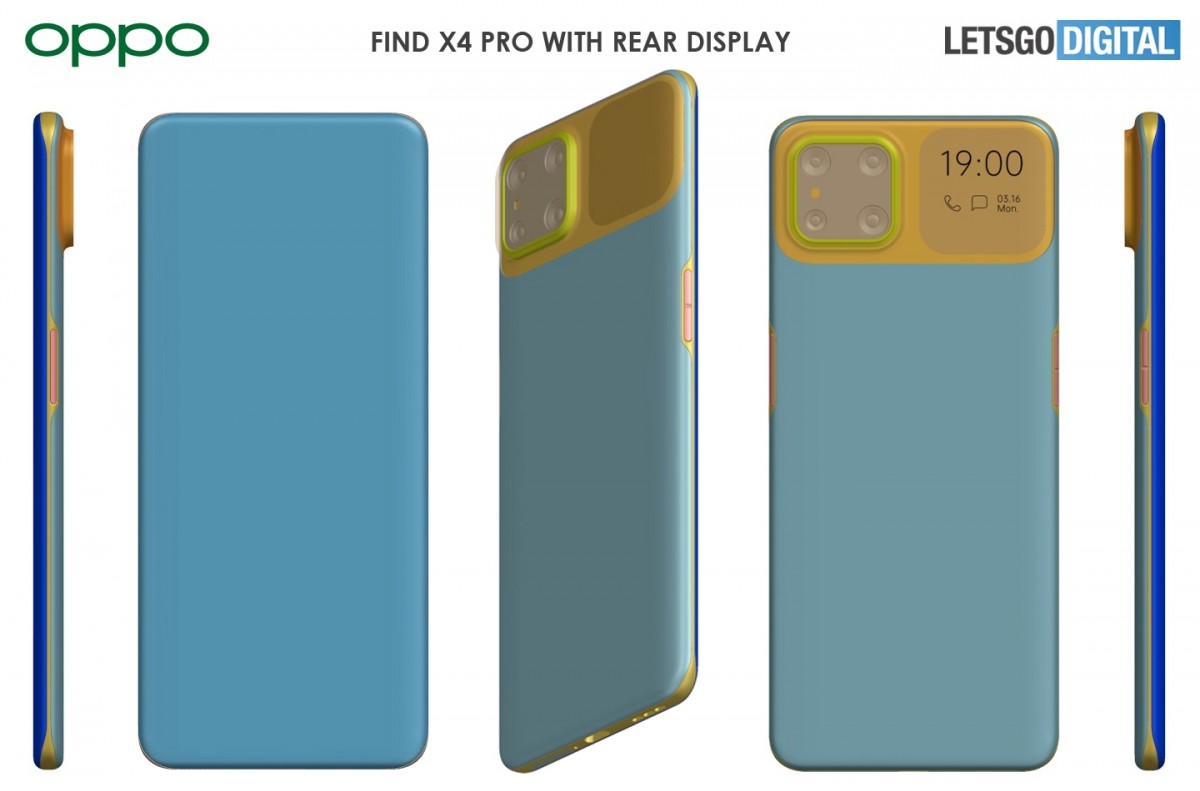 The second display is likely there to help with selfies and display notifications. Having a screen next to the cameras reminded the Meizu 7 Pro series and was recently adopted by the Mi 11 Ultra. The main purpose of this screen is to capture selfies with the main camera.

Check Also: Oppo Air Glass is an aR Monocle that Snaps onto Your Glasses