Oppo R17 Pro is powered by the Qualcomm Snapdragon 710 Mobile Platform carrying an octa-core CPU running at 2.2 GHz. The Adreno 616 GPU is included. The device is equipped with 8GB of RAM/128GB of storage space (no memory card support) and a dual-SIM slot.

More interestingly, Oppo R17 Pro has the waterdrop notch and on back there is a triple camera setup. The R17 Pro has a 20MP main lens, a 12MP secondary lens, and a “3D stereo camera” lens. The third lens is for AR features than camera snapshots. 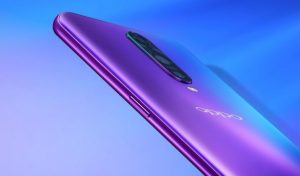 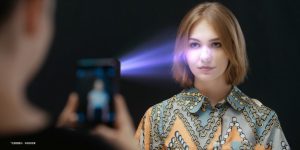 This new grand device has an in-display fingerprint sensor. You have to place your finger on the specific spot designated on the display to unlock the handset. 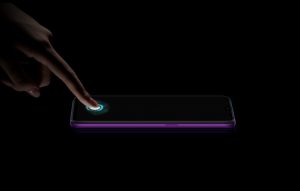 The Oppo R17 Pro carries two batteries. It has a pair of 1850mAh cells inside that works out to 3700mAh of battery power. Two separate cells allows users to charge 40% of battery power in only 10 minutes. The device has a Super VOOC fast-charging technology.
Oppo R17 Pro has unique gradient color glass back that called a “Fog gradient”. It costs CNY 4,299 ($625) and sales will start in mid-October in China.