Oppo has a plan to rolling out the Reno 6 series into new markets. Next month, Oppo’s Reno 6 Pro and Reno 6 will be available in Pakistan, according to new reports. The new Reno series has a new look, a smaller size, and 5G connectivity in it, according to the company. Let’s have a look at the features and specifications of Reno devices. 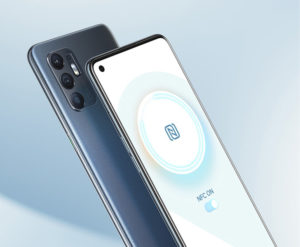 Its design is based on the current iPhone 12 series. Look at the device frame flat edges and its square back plate. Reno6 5G will come in Stellar Black and Aurora colour options. Its shell measures 7.59mm thick and weighing 189 grams.

With 8GB of RAM, and a 6nm Dimensity 900 5G processor features the Oppo Reno6 5G. This device is powered by a 4300 mAh battery and has 65W fast charging. A 100 percent charging is possible in just 28 minutes, OPPO claimed. 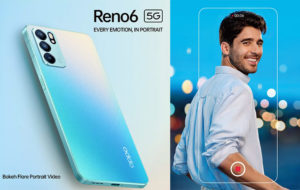 Reno6 Pro design basic concept is from Reno6 5G. But the shell is curved and chamfered along its edges. Both same colours are available for Reno6 Pro, whose body weights are just 177grams.

The Reno 6 Pro is powered by a MediaTek Dimensity 1200 processor and a 4500 mAh battery. You can buy up to 12GB of RAM and 256GB of storage on the new device. Plus, the 65W charging technology of the future generation. 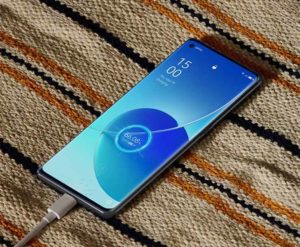 The display is 6.5″ with the same specifications as the standard Reno6. Its hole-punch is smaller, with a screen-to-body ratio of 92 percent.

Reno6 Series is expected to launch in Pakistan next month but the price and other details are still unknown.

You may be also interested in: Apple iPhone 13 Series expected to have 25W Fast Charging Support