The smartphone maker, OPPO is prepping to launch its upcoming highly anticipated series, Reno Lineup very soon. We had been getting a lot of leaks about this upcoming flagship series. According to the reports, the OPPO Reno Lineup Will include a 5G Variant, a lighter version dubbed as OPPO Reno Lite and a regular version rumored as OPPO Reno 10X Zoom. Recently, we have come to know that OPPO Reno Launch Date is set to be April 24.

OPPO Reno Launch Date Is Decided To Be April 24

The OPPO Reno was previewed by the company at MWC 2019 back in February. The Chinese smartphone maker Oppo has recently sent out invites to the press for an event in Zurich where it will be unveiling its new flagship called Reno. According to the invites, the handset will go official on April 24. Let’s have a look at that. 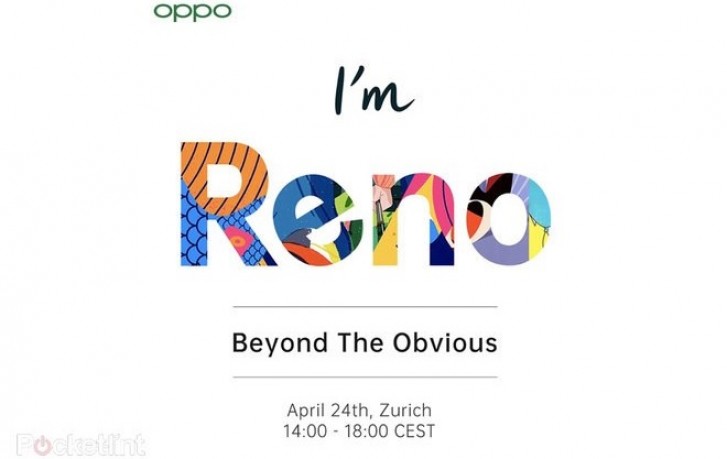 The Snapdragon 855 SoC will power up the handset. Moreover, it will be paired with up to 8GB RAM. The upcoming handset will come with 10x Zoom Feature that’s why it is dubbed as OPPO Reno 10X Zoom. In addition to all this, the handset will include a 6.6-inch Full-HD+ notch-less display. There will be a 48MP main camera, a 16MP selfie snapper as well. A massive 4,000 mAh battery cell will keep the lights on. Furthermore, it will also come with 50W fast charging support.

Moreover, Reno Phone will also come with liquid cooling technology for better performance.  It will run Android 9 Pie straight out of the box. The company is also going to launch a 5G variant of the handset as well. Moreover, there will also be a toned down version dubbed as Reno Lite. The OPPO Reno Series will go official in Zurich on April 24. Let’s see what OPPO offers more in its new flagship series.