As we are getting closer to the launch date, we start getting more information about the OPPO Reno6 Z 5G. The phone has now appeared on the Geekbench listing revealing some key specs of the phone. The listing has confirmed that the phone will come with the Dimensity 800U SoC and runs Android 11.

Moreover, the upcoming Reno6 Z 5G has 8GB RAM onboard, but there could be other memory options as well. Just like its Pro sibling, it is unclear if the smartphone will come with the virtual RAM expansion feature or not. 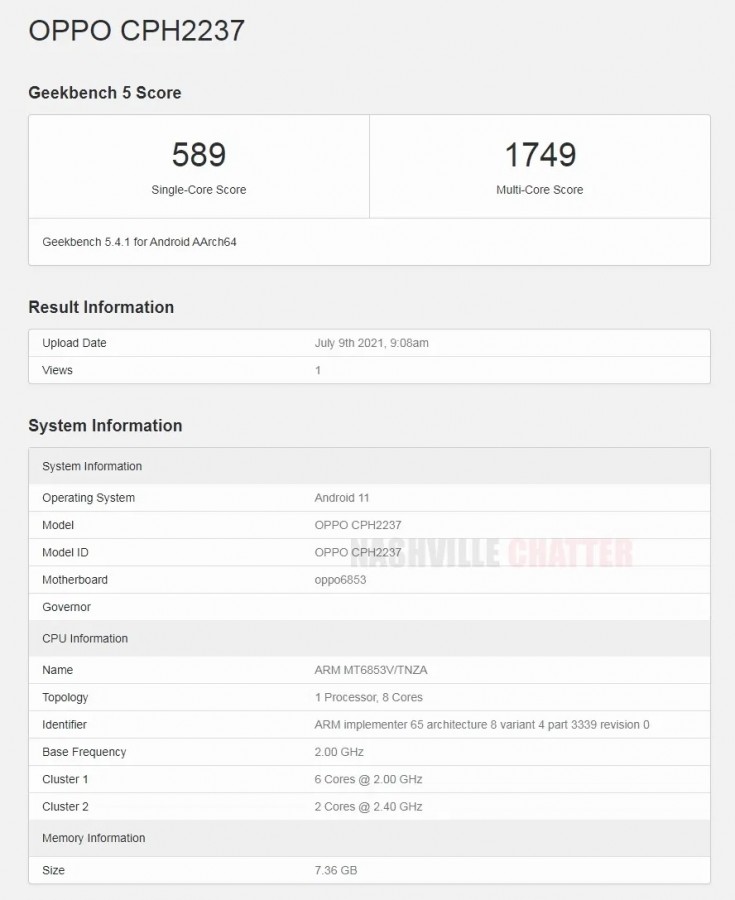 Unfortunately, OPPO has not shared the entire specs sheet of the phone yet. But the promo page on the company’s Thai website revealed the smartphone’s design and colour options.

Anyhow, OPPO has confirmed that the Reno6 Z 5G will be powered by a 5G-capable MediaTek chip. Also, it will have a 64MP triple camera setup on the rear. It will also support up to 30W charging.

There are much more to be unveiled on the launch date. So stay tuned for more updates.

Recommended: Living Up to Its Commitment for the Greater Good – OPPO Donates Health Supplies to General Hospital in Lahore