We all know that OPPO Reno 10X Zoom went official back in April. When the handset was launched in China, it was available in only two colors. One color option was the Ocean Green while the other was the Jet Black color. After that, a more girlish Pink color variant of the smartphone went official. Recently, Oppo has wrapped off Reno 10x Zoom FC Barcelona Edition.

The all-new edition of the handset has the same hardware. It only differs in its outer look. The smartphone’s paint job is inspired by FC Barcelona’s traditional “Blaugrana” colors. The smartphone comes with an eye-catching gradient that’s blue + carmine. This seems quite a unique edition with the club’s logo in the lower part of the device’s back through a gold-plated insert. Let’s have a look at the new edition. 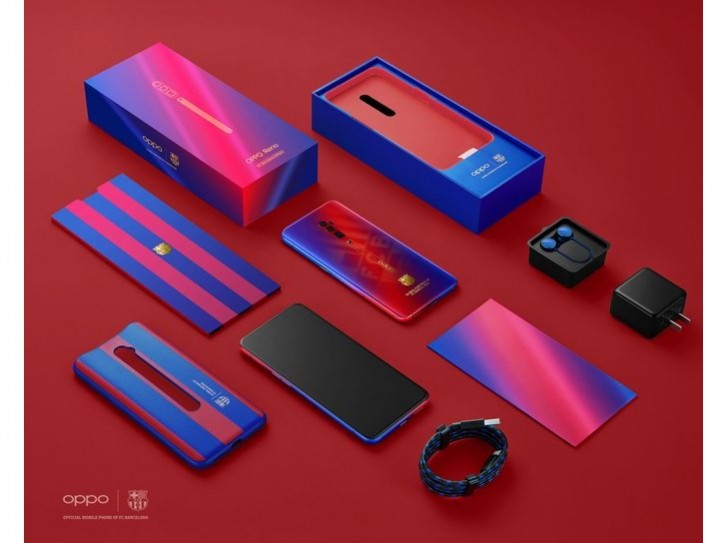 In addition to all this, the best part about this edition is that it comes with a UI theme inspired by FC Barcelona. The new user interface has special icons and ringtones as well. Moreover, the retail box is also designed the same way. You’ll find a case with blue and carmine stripes in it as well. It is quite clear from the above- shared image that all the accessories of this new edition follow the Barcelona theme.

Furthermore, the new edition is priced at €899 and will hit the stores in Spain, France, the Netherlands, and other parts of Europe on July 26.