Pokémon Go, the most popular game with more than 50 Million downloads get banned in Pakistan. Yes, it is true, Pakistan Banned Pokemon Go at Government Offices. Pakistani Government has issued a letter in which government officers are advised to avoid downloading and installing Pokemon Go. Not only the Staff members, their family members are also advised to do so.

Government took this action due to security purposes. Here are the possible reasons due to which Pakistan Banned Pokemon Go.

Here is the picture of Letter issued by Government to all Government offices: 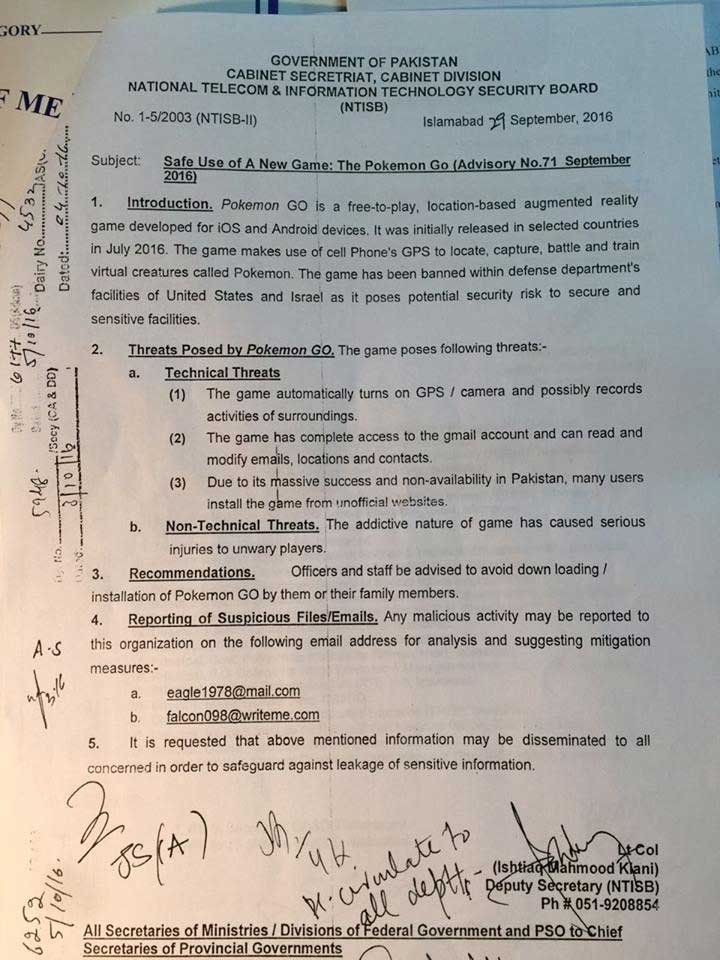 In July, 2016, Pokemon Go was launched in South Asian Countries. But soon It has to face some official matters complaints. Due to which many countries have banned the Pokemon Go at government offices. India has banned the game due to many security reasons.

Also Read: How to Play Pokémon Go Game on Android?