In one of the biggest seed rounds in the Middle East and North Africa region (MENA), the Pakistan B2B marketplace, Bazaar, raised $6.5 million. Bazaar is one of Pakistan’s best-funded startups, with its overall raise of $7.8 million.

This is the Global Founders Capital’s first investment in Pakistan, which is co-leaded by the Berlin-based Global Founder Capital and the Pakistanis-based VC Indus Valley Capital. According to MENAbytes info, this seed round was the second-largest startup ever in the MENA region and the largest in Pakistan. It should also be noted that Bazaar has a variety of leading global and regional institutional and angel investors in addition to its leading investors.

The bazaar was only launched 8 months ago and hopes to digitize traditional retail stores in Pakistan. It was established to be a mobile-based e-commerce market by Hamza Jawaid and Saad Jangda, allowing community (kiryana stores) owners to access manufacturers, wholesalers, and suppliers’ inventories. 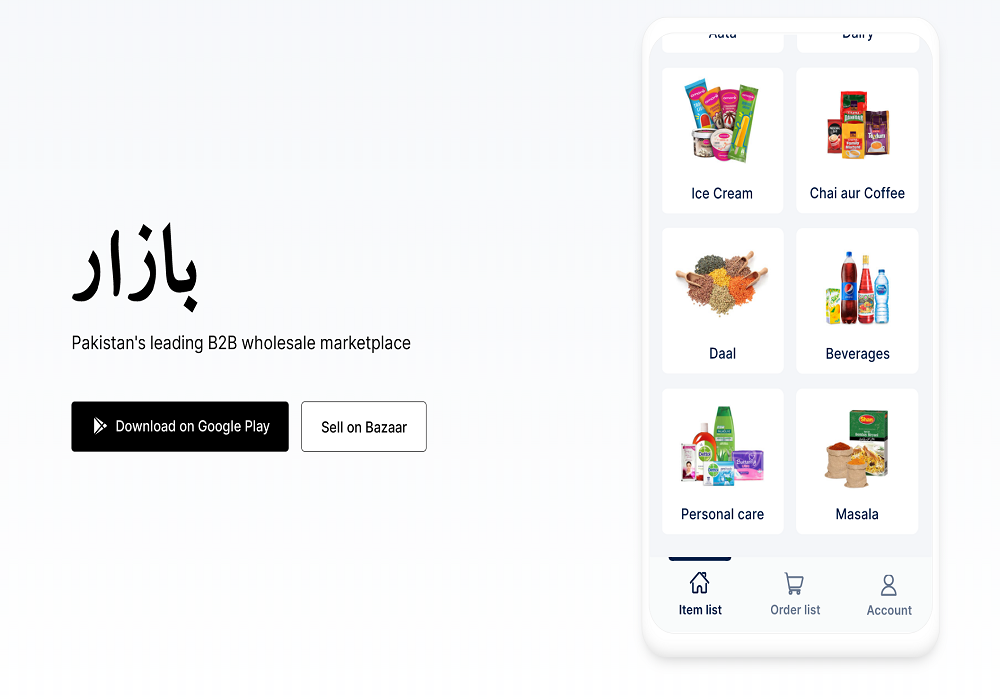 The Bazaar app currently houses over 500 SKUs of branded and unbranded products with the option of free next-day delivery. Moreover, Bazaar was also able to beat its own initial target of serving 800 Karachi retailers by the end of 2020 and was able to close the year with over 10,000 retailers.

Hamza Jawaid, Bazaar Co-founder and a former McKinsey consultant, also explains that Bazaar has incredible opportunities to empower micro-businesses through technology in Pakistan, which has emerged as the fifth largest country in the world with rising digital adoption. “Over 80% of our customers own and operate smartphones, yet their way of running a business has not changed, until now. We will boost your company and your lives dramatically by taking them online, making flexibility for the most important things, which will eventually lead to greater returns,” he continued.

Also, Bazaar’s Co-Founder Saad Jangda, who previously was a Careem Product Manager, says, “We at Bazaar agree that developing the technology layer is a huge opportunity for traditional businesses. We finally have the right foundation to build huge tech institutions, considering the sheer size of the market, a new narrative and emphasis on our ecosystem, and an explosion of Pakistanis coming home.”

It also has several other goods in its pipeline in addition to Bazaar’s mobile market. The start-up aims to extend its teams and its presence across Pakistan with these new funding opportunities. Global Founders Capital and Indus Valley Capital also look forward to building a partnership with Bazaar to revolutionize Pakistan’s retail industry for $150 billion.