The Pakistan Bureau of Statistics is a federal agency of the Government of Pakistan tasked with providing reliable and comprehensive statistical research as well as commissioning national statistics services. According to figures from the Pakistan Bureau of Statistics (PBS), the exportation of Information Technology services increased by 40.90 percent between July and September 2021, rising from $348.4 million in the previous financial year to $490.89 million this year. During the first quarter of the financial year 2021-22, Pakistan earned more than $635 million by supplying various IT services to different countries. 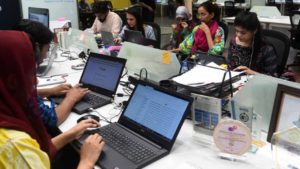 You may be also interested in Google Maps&#8217; Latest Feature Will Help to Avoid the Congested Locations