Pakistan today regained its seat lost in the 2010 election. Today victory at the Busan election was a major achievement that can be rightly attributed to Minister Anusha Rehman untiring efforts, who played a major role in Pakistan victory at the prestigious council seat elections. She looked visibly happy with the results. The council seat at the ITU is hotly contested and the election victory is generally result of MoITT, PTA and MoFA combined efforts to have it secured.

Each of the five administrative regions were entitled to a number of seats as follows:

Venues of the past Plenipotentiary Conference: 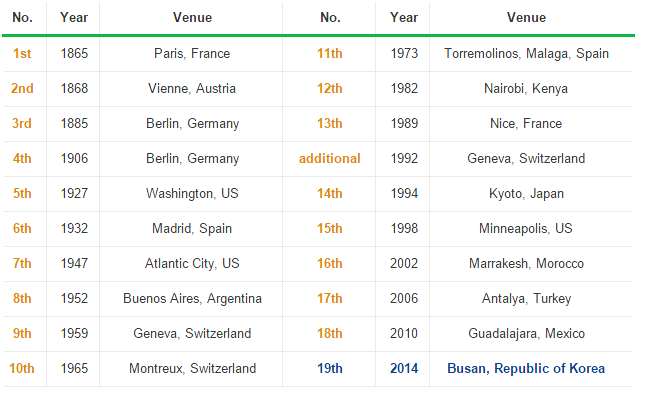