Here are some interesting  reactions which Pakistani cricket fans shared on social media. 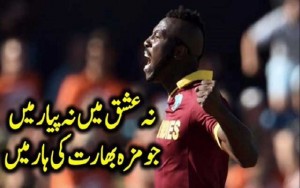 It seems like West Indies has replaced Heer,Sassi and Sherbano and made a special place in the hearts of Pakistani men. Some well wishers from Pakistan also suggested the way out for the future matches to avoid the massive number of “No Balls”. 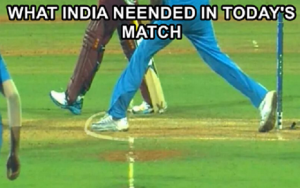 On the other side, the unhappy Indian cricket fans also expressed their feelings against Pakistanis for celebrating the West Indies win.With the phase of “Begaani shaadi mein Abdullah Diwana” (Abdullah enjoying uninvited in xyz’s marriage) Indian fans explained the role of Pakistani cricket lovers.Some angry Indian fans also expressed their sentiments with the help of this image by connecting it with the April Fool. 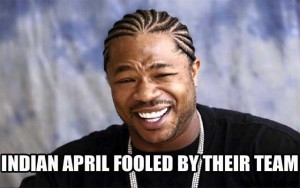 Some Creative Pakistanis with help of an image also showed the emotions of West Indies for Pakistan. 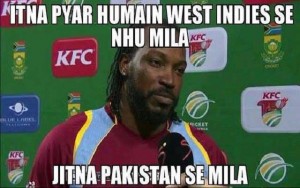 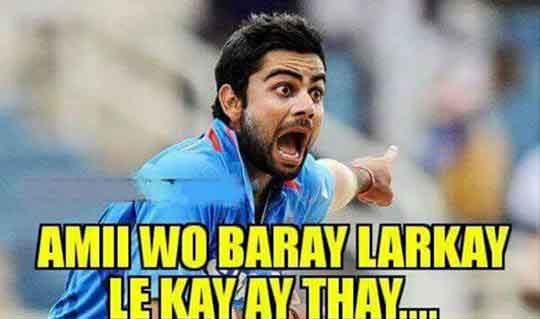 The fact that social media has played an active role in making the this world a global village is hard to negate. With the active participation in cricket around the globe has made easy to express their views regarding the trending issues.