Azaad Health was one of the 24 finalists representing 18 countries at the GIST (Tech-I) Competition, at the Global Entrepreneurship Congress in Bahrain. The startup also received 20,000 Amazon Web Services (AWS) credits, 8000 USD Seed Capital, and 3 months of further mentoring.

The U.S. State Department’s Global Innovation through Science and Technology Initiative (GIST) Technology Idea (Tech-I) Competition was first announced in February 2019, receiving over 500 applications from around the world from upcoming entrepreneurs. The 24 finalists underwent an online training program to prepare for the 2-day competition held at Global Entrepreneurship Congress in Bahrain, from April 14-16. Before the final pitch, the participants received intensive entrepreneurial skills training, mentorship, and the opportunity to network with global leaders in their field. 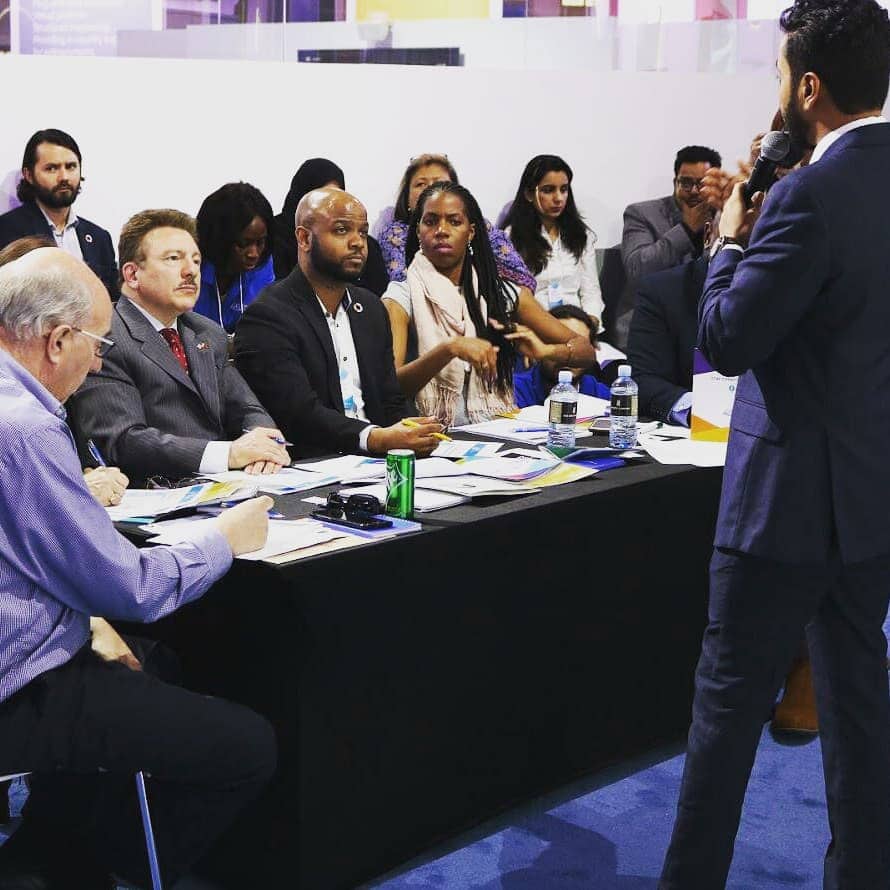 “It’s been a long journey from where we first started, from incubation at The Nest I/O in Karachi to winning the GIST (Tech-I) competition in Bahrain. The competition was intimidating no doubt, but the team, mentors and alums present there did an amazing job of making us feel like a part of the global entrepreneurial tribe,” commented Syed Abrar, Founder Azaad Health.

AzaadHealth is a global patient-owned health data exchange network built upon blockchain which aims to empower patients by democratizing health records, by pulling and combining health data from multiple disparate sources like healthcare providers, personal wellness devices and other sources. The idea is nothing short of a blessing for many families with loved ones suffering from a terminal or chronic illness. The startup was founded after Abrar went through a personal loss due to mismanaged medical records. Abrar applied for incubation at The Nest I/O and was selected as one of the startups in the fourth cohort where he received training and mentorship to turn his idea into a practical business.

“Our goal is the complete transformation of the current healthcare status quo by leveraging latest technologies like blockchain. We are going to shift the paradigm from a hospital-centered approach, where health data is isolated and incomplete, to a patient-centered model in the region, where every patient is in complete control of their health data,” said Abrar. Although still in pre-revenue phase, Azaad Health has already partnered up with notable organizations like StartUp Health, a US based Health-focused accelerator designed to boost healthcare startups around the world.

The startup aims to empower patients by giving them access to their data while at the same time allowing doctors to provide the right treatment at the right time. “Our vision is to create a mesh of interconnected health systems and patient applications in Middle East and Africa region in the next few years,” said Abrar.