Yesterday, People of Pakistan celebrated Independence Day with enthusiasm. Many people were dressed up in green and white, which are the Pakistani flag’s colors. National flag of Pakistan was hoisted on public, private buildings, residences and monuments at dawn.

We all celebrate this day annually on 14 August. The main Independence Day ceremony takes place in Islamabad, where the national flag is hoisted at the Presidential and Parliament buildings. It is followed by the national anthem and live televised speeches by leaders. Celebratory events for the day include flag-raising ceremonies, parades, cultural events, and the playing of patriotic songs.

Top management of Zong 4G celebrated the spirit of freedom with a large number of employees at Zong 4G headquarters. On this momentous occasion the hoisting of Pakistani flag was followed by the national anthem. Patriotism was in the air as employees participated in various activities. These activities were also extended to the children in Day Care who were color co-ordinated and overjoyed with the festive ambience. 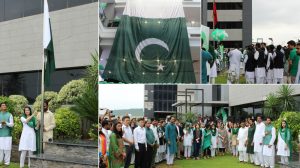 BankIslami celebrates Independence Day by Plantation for the Nation:

BankIslami Pakistan Ltd, one of the leaders of Islamic Banking in Pakistan, has given a meaningful spin to the Independence Day celebrations through its ‘Plantation for the Nation’ campaign where Bank’s staff came out of offices and planted trees on a greenbelt situated at University Road, Karachi. BankIslami also endowed 270 saplings to the management of District Municipal Corporation (DMC) East, Karachi with the aim to make Pakistan greener. 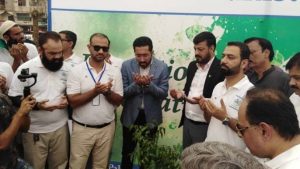 Telenor Pakistan, one of the country’s top telecom and digital services provider celebrated Pakistan’s 71st independence day with great zeal and enthusiasm at its headquarter 345 in Islamabad as well as its nationwide regional offices. The celebrations were marked by the company’s #HALAFeAZAADI campaign through which Telenor aimed to instill a sense of responsibility and ownership in every Pakistani towards their beloved country and nation. From themed attire for the day to fun-filled activities, Telenor employees had a day full of memorable celebrations. 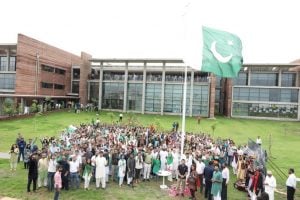 Pakistan Telecommunication Company Limited (PTCL) celebrates Pakistan’s 71st Independence Day on August 14, 2018 across Pakistan, with a variety of activities and campaigns to mark the significance of this day. Special ceremonies were organized in all the major cities by PTCL employees to exhibit their solidarity and love for Pakistan. 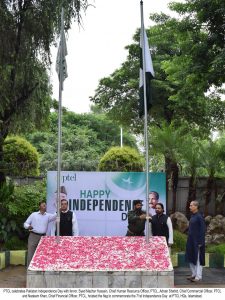