Arooj Aftab, a Pakistani musician, has won her first Grammy for her song Mohabbat in the Best Global Performance category, prompting congratulations from a number of Pakistani officials and celebrities. With this achievement, the Brooklyn-based vocalist becomes the first Pakistani musician to get the award at the world’s most prestigious music event.

I think I’m going to faint while accepting her award. I feel like this category in and of itself has been so insane, she said while revealing that she made about everything that broke her and put her back together.

Many Pakistanis congratulated Arooj on winning the top music award, as she rocked minimalism, Sufi, Jazz, and other genres in her work. After getting the prestigious award, Arooj was lauded by a number of Pakistani politicians and TV stars. Some of the tweets appreciating Arooj are as follows.

Shireen Mazari (Former Minister for Human Rights) said on Twitter ‘What an amazing voice you have and love your style!’ 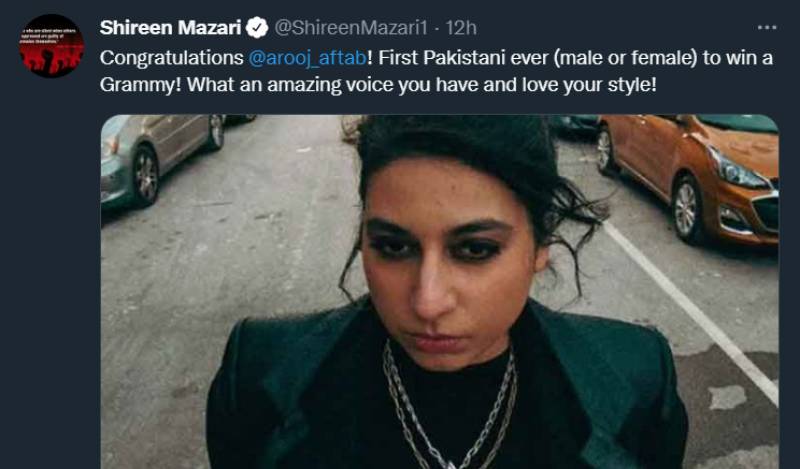 Mahira Khan said, ‘so so proud! Shine on you crazy star.’

Adnan Siddiqui also shared a tweet and said, “The entire world is recognizing our country’s talent. Congratulations. Proud moment for all Pakistanis.”