The unfortunate incident of Army Public School (APS) happened last year on same day; 16th December 2015 which brought the whole nation into tears. The deadliest attack took lives of many innocent children while giving a huge emotional setback to the entire nation. Not only this, people from different parts of the world turned their display pictures into black to condemn and mourn the tragedy. Social media platforms became a place where people are expressing their tributes to these brave children of Pakistan.

This year social media is full of all sad and emotional messages for the unforgettable souls. Users on Facebook have changed their Display Pictures to show solidarity with the victims.

Pakistanis Pays Tribute to the APS Victims on Social Media 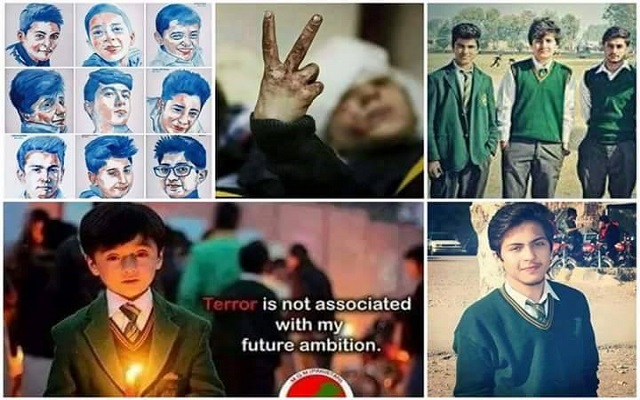 Twitter on the hand has created trends like to show that they will never forget the innocent faces of APS.

Various events were also organised across the twin cities in memoriam of the victims of the massacre at Army Public School (APS) Peshawar. 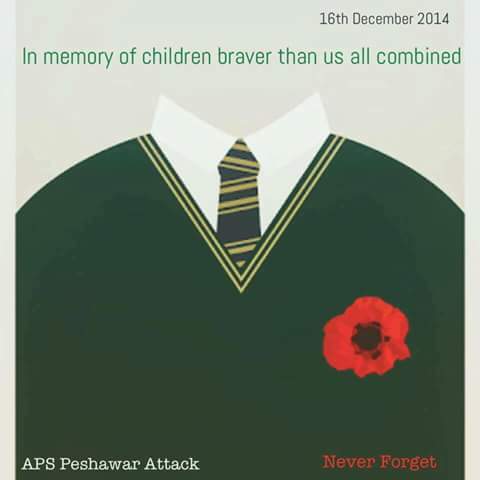 The entire nation is mourning today and bleeding like anything. ISPR’s message of “Revenge through Education” is a great effort that is letting the world know that even our kids have the message of love, peace and education.

Voice of our children for 16 Dec 2015. An ‪#‎ISPR‬ Productions