In this technological world, we keep on getting different leaks, some are intentional and some are by mistake( may be). Just following the trend, yesterday Huawei has teased an upcoming Infinity-O screen. It should be mentioned here that Samsung is also planning to launch an infinity-O screen in mid-2019. Both these devices have a similarity: selfie camera incorporated into the cutout of the screen. Today we have come across a viral image of one such device, having in-screen selfie camera, in a man’s hand in a subway carriage in China. 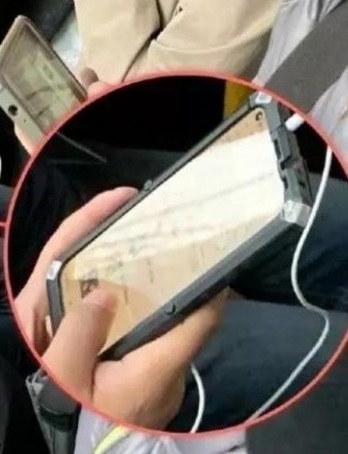 By zooming the picture one can easily see the camera lens on the top left corner and a 3.5 mm headphone jack is still there..The screen is notchless, however, it is a preproduction unit, may be many things would be hidden. We would have to wait for more clear pictures in order to judge the device completely.

I think it is a Huawei device and the person who is using it would be the company’s employee: just a blank guess. Huawei has the habit of leaking their picture “accidentally”, so I believe it is just a publicity stunt 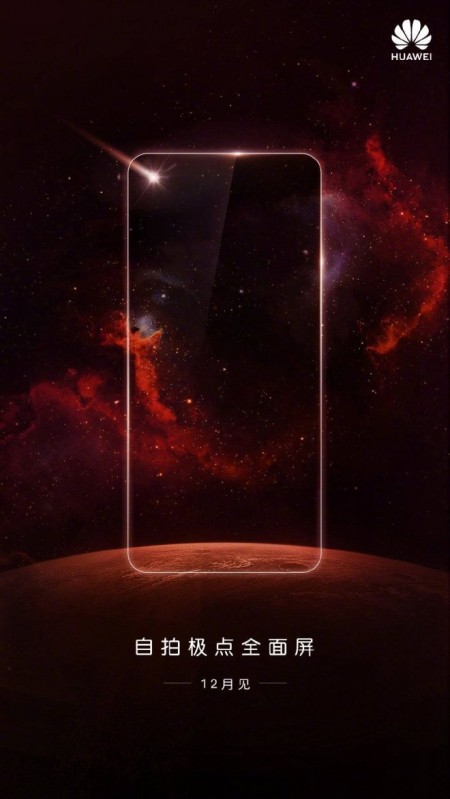 Huawei’s teaser for the Infinity-O device

The device above is teased by Huawei who has announced the launch of the new phone which is not only notchless but also has a circular cutout for the camera on the top lets corner. The camera cutout of Huawei Notchless Phone is surrounded by the screen in 360 degrees.