Photoshoot at ‘Kartarpur’ gurdwara stirred up up controversy on Social media.

A clothing business recently got into trouble when a supposed photoshoot of a blogger near the Kartarpur Corridor went viral on social media. Ravinder Singh Robin, a prominent Indian Sikh journalist, was among the first to flag up a blogger’s ‘bareheaded’ fashion shoot at Gurdwara.

The woman, according to reports, is a social media influencer who sent her photos to the online apparel firm ‘Mannat Clothing.‘ Soon after the photoshoot at Kartarpur went viral, the brand that uploaded them became embroiled in a scandal.

Several Sikhs have voiced their indignation at the business for filming a commercial at the gurdwara and disregarding the Sikh code of conduct.

Modelling bareheaded for ladies' attire, in the premises of Gurdwara Sri Darbar Sahib at #KartarpurSahib in Pakistan, by a Lahorite woman, has several hurt the religious sentiments of Sikhs. Further the pictures were uploaded on social media.@ImranKhanPTI @MORAisbOfficial pic.twitter.com/i5RX01kWGo

The outrage over the photos quickly spread on social media, with many criticizing the brand and the models for being insensitive to Sikhs.

Modelling at Sri Kartarpur Sahib is Desecration. Pak Court issued Arrest Warrant of star who did dance video at Mosque; same must be done against this woman frm Lahore as example of treating all religion at par

This is unacceptable. These unethical practices will not be tolerated. Sometimes, it's their Tiktok stars & the other times it's their fashion industry. 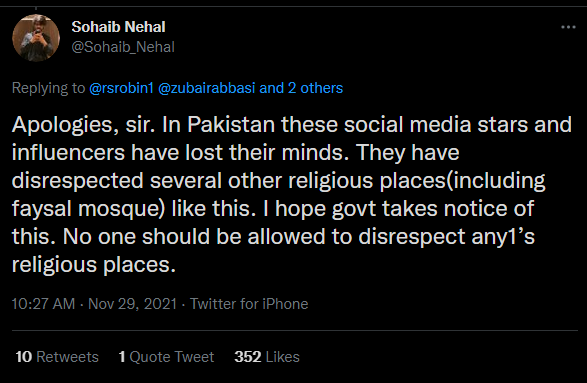 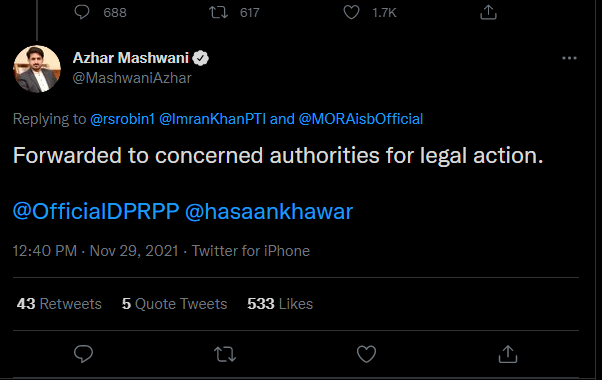 “These photos were sent to us by a third party (blogger), in which they donned our clothing. However, we realize our mistake that we should not have posted this video and we apologize to everyone,” the statement said.

CM Buzdar stated that action should also be taken against the workers who allowed the photo session.

“We respect the emotions of minorities residing in Pakistan,” he said, adding that it is apparent that the event has harmed the Sikh community’s sentiments. “Not only will action be taken against those guilty following a thorough investigation into the event,” he continued, “but it will also be seen being done.”

Punjab Police, on the other hand, stated in a post on a social media website that all elements of the event are being examined and that strict legal action would be taken against those guilty.