A most famous pirated versions of iOS apps went down for good today, but it’s not the end of pirates applications for those with jailbroken iDevices.

A bad news for Apple’s jailbreak community right on the first day of the New Year: Installous, a major source for pirated paid apps from Apple’s App Store, won’t be around anymore.
Hackulous, the company behind the popular (and controversial) app Installous which let people easily download pirated apps on jailbroken iOS devices, has shut down.
As of today, the pirated app store no longer works, and only shows these errors: “Outdated version. Installous will now terminate” or “API Error. API unavailable.” 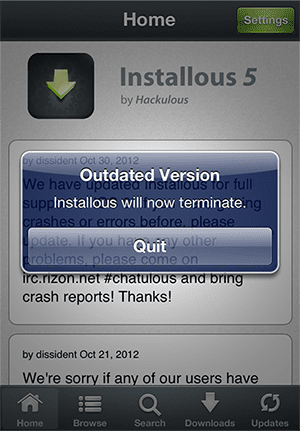 For so many years, Installous offered complete access of almost every app available on official App Store for free for anyone with a jailbroken iPhone, iPad, andiPod Touch.
In my personal experiences with the app, I could often download the latest iOS applications and games for free from a variety of sources within mere seconds. After downloading, you could then install the app on your iDevice as if you purchased it from Apple’s App Store. Additionally, during its prime, it wasn’t unrealistic to expect expensive App Store apps hitting Installous mere hours after release.
Hackulous composed a short swan song on its Web site titled “Goodnight, sweet prince” about the closure of the pirate app store: [blockquote cite=”Hackulous Official Website”] We are very sad to announce that Hackulous is shutting down. After many years, our community has become stagnant and our forums are a bit of a ghost town. It has become difficult to keep them online and well-moderated, despite the devotion of our staff. We’re incredibly thankful for the support we’ve had over the years and hope that new, greater communities blossom out of our absence.
[/blockquote]

it seems odd for Installous to close on its own for such simplistic reasons, considering its large user base and a possible moderate revenue stream from built-in ads. Regardless of the reason for Installous shuttering, Apple can’t breathe easy just yet — hackers can still download pirated apps quite easily through a number of methods and outlets (such as Appcake and App VV on Cydia).

This is an incredibly good thing for iOS if you think as a application developer. Their total value of paid applications stolen by pirates. I’ve heard all the arguments about “piracy is impossible to stop”, “pirates wouldn’t pay anyways”, “it’s good free advertising.” Whatever. The Android ecosystem’s utter lack of security, culture of piracy, and Google’s failure to do anything serious about the problem is simply encouraging people to steal their hard work for free. Now application developers will prefer IOS more. 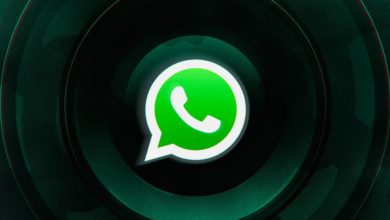