PITB to Host the National Freelancers Convention on 28th March, 2017 with 5,000 freelancers participating from Pakistan.

National Freelancers Convention (NFC) aims to bring the leading freelancers of the Pakistan on one platform hence allowing the relevant stakeholders of freelancing community to interact and network with each other.

PITB to Host the National Freelancers Convention on 28th March

NFC 2017 promises to build stronger ties within the Pakistani freelancing sector and to also help in creating cross industry avenues for freelancers.

The opening ceremony of NFC will be done by the CM Punjab Shahbaz Sharif.

Pakistan is witnessing first of its kind such event. The idea of helping others in learning and exploring freelancing opportunities need attention and must be promoted in Pakistan.

NFC’17 will also have a “Tech Expo” in which freelancers, bloggers, payment solutions, IT companies and other stakeholders of the IT industry will be showing their products. 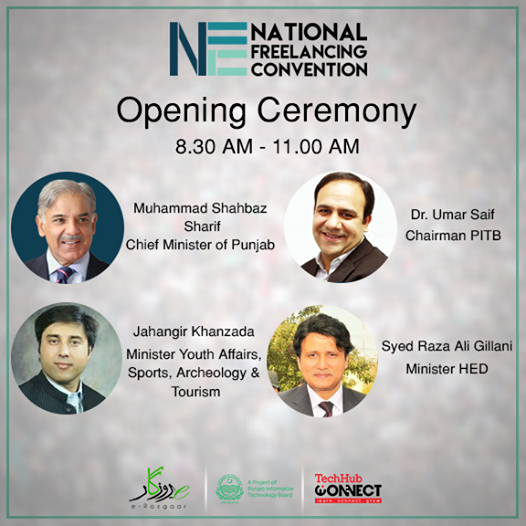 In this event, the official inauguration of CM Punjab flagship project of “e-Rozgaar Training Program” will also take place. e-Rozgaar is a unique project in which 40 co-working spaces and training centers are being set-up in 36 districts of the Punjab.