The Honor Play is a phone, built for high performance on a budget. The best part is that the phone falls in the mid-range price tag while also providing state of the art specifications. The Honor Play was revealed in Pakistan on the 21st of August 2018, coming as a perfect gift for Eid Ul Adha.

Among some expensive competition, the Honor Play is priced to please in a suddenly burgeoning niche of the market: gaming phones. 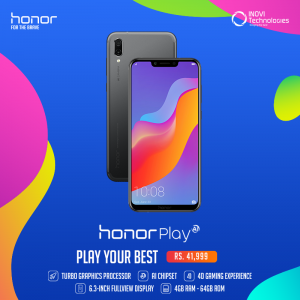 The Honor Play is being offered for a brilliant price of RS. 41,999. Available in the 4 GB RAM and 64 GB ROM variant, the Honor Play offers value for money. This new phone is currently available nationwide through the Honor Pakistan’s retail partners, Inovi Technologies. 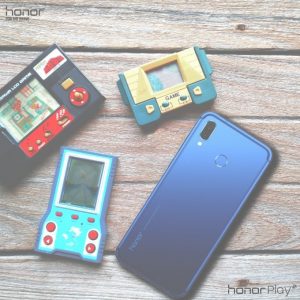 The Honor Play has a different look from other Honor phones thanks to the full-metal unibody design. The Honor Play’s curved edges and metallic frame gave me a good grip on the device, something that is quite needed for a phone that is centered around gaming.

The back of the phone hosts a dual-camera setup and a fingerprint sensor. On the bottom, a headphone jack, a mono-speaker and a USB Type-C port are placed. The front of the phone resembles the  Honor 10 with a notch on top. 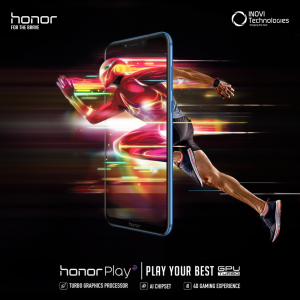 The Honor Play comes with Honor’s latest update of GPU Turbo. With this processing feature, Honor Play promises to bring 60% performance improvement while reducing power consumption by 30%. The processor’s AI features are also used for vibration feedback based on a game’s real-time imagery and audio, as well as simulating 3D surround sound. This is all said to work on the latest, biggest mobile games, including PUBG. 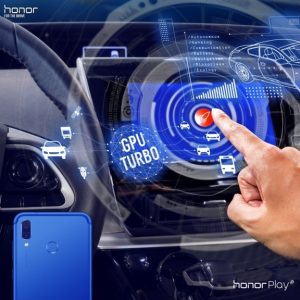 In the camera department, the phone has 2 AI- powered rear cameras, 16 MP + 2 MP. The primary sensor has EIS and a f/2.2 aperture while the secondary sensor is only there for depth sensing and has an f/2.4 aperture. On the front, we see that the phone has a 16 MP sensor along with a f/2.0 aperture.

Apart from that, the phone has a 3,750 mAh battery with fast charging capabilities. In terms of connectivity options, we get a hybrid SIM slot with 4G VoLTE capabilities, Bluetooth 4.2, Wi-Fi 802.11 a/b/g/n/ac, dual-band, Wi-Fi Direct, hotspot, FM Radio, a 3.5 mm headphone jack and a USB 2.0 type-C reversible port.

Honor Play offers the custom EMUI interface upgraded to version 8.2. This offers customers a different and unique interface as opposed to the conventional Oreo interface. Available in two colors, Midnight.