Someone has put up Pakistani Prime Minister Mr. Nawaz Sharif up for Sale on eBay which is an American e-commerce store. Currently embroiled in the Panama Leaks scandal, the PM seems to have face another controversy.

This seems so strange and embarrassing that Sharif is up for sale on eBay and so far there have been 100 bids with the highest bid being more than £60, 000. Identity of the poster isn’t known yet but apparently he is from Pakistan or has some kind of connections with Pakistani soil. 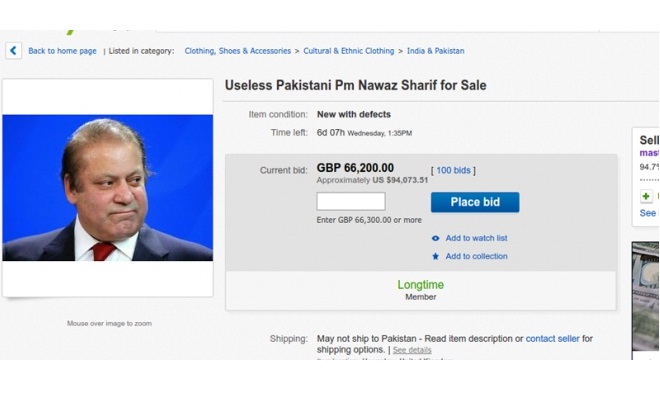 The advert said on page that:

“Used Pakistani Prime Minister, No longer needed is for Sale. No box or instructions”,

Prime Minister is under immense pressure after Panama Leaks and is currently travelling to UK for a medical checkup, where his counter part, Mr. David Cameron was also listed for sale on same website.