Xiaomi’s subsidiary Poco has entered the Pakistani market in the recent era. Its comparatively new in the market but it still has managed to make its presence feel in the local market. It has released smartphones in both entry-level and budget categories. On different platforms, people have lauded the newly launched smartphones from Poco. The reasons for this acknowledgment are prolific specs at a budget price. However, there are some criticisms of its bulky design, and the company is modifying its upcoming smartphones like the Poco M3 pro 5G which will the point of our discussion in this article. A 4G version of Poco M3 was rolled out earlier this year which was appreciated by many apart from its bulky design. Though now its 5G version has entered into the market with a smarter outlook. So let’s take a look at the full review to know more about Poco M3 5G.

Let’s start with the design.

Poco has modified the M3 Pro’s design and it’s much different from the basic M3 version. On the rear side, the camera lens module is still a vertical triple camera setup, but the bulky black rectangular design has been removed because of resentment from some users. The M3 Pro has a much better design, with two rounded rectangles near the camera lens and the POCO logo inside. The leather-type material on the rear cover has been replaced with a mirror-reflective coating to give it a more glossy and catchy look. The edges are much sleeker with a sim tray on the left edge along and a power button along with volume keys on the right edge. Moreover, on the upper edge, there is a headphone jack and speakers while on the downside, a charging port is provided. So, overall I would say there is much improvement in the design of M3 pro 5G as compared to the basic M3 version.

Though the M3 Pro has arrived with some screen upgrades it is still an LCD 1080P screen which is a little bit disappointing. However, the refresh rate of the screen is increased to 90Hz and a hole-punch screen has been rendered instead of a dot drop display. The camera hole size is a bit larger as compared to the camera quality. Overall, I would say that M3 pro features just a mediocre display. But as it is only a 5G entry phone with a 90Hz screen, so it can easily compete with all other phones of this price bracket. 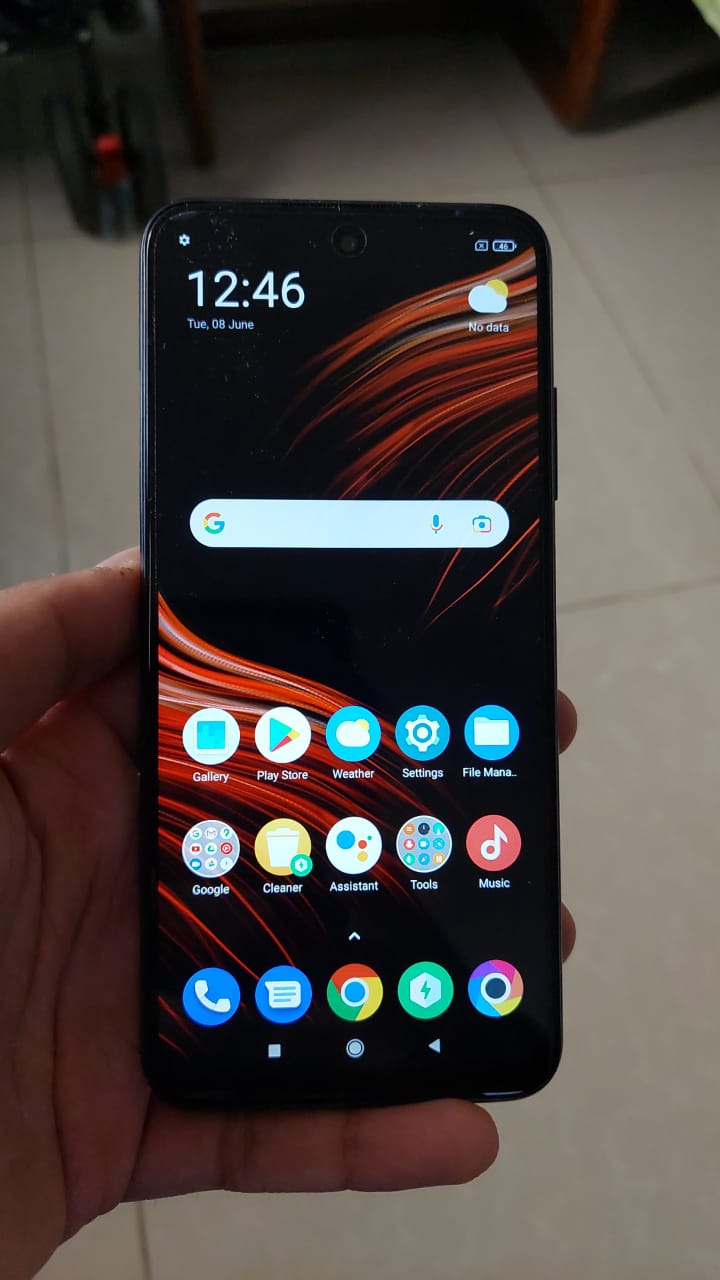 Just like the basic M3 version, the M3 pro 5G features a 48MP main camera along with a depth of field lens and a macro lens. There is no ultra-wide lens which is a bit disappointing. Comparatively, the photos taken from the camera are realistic however the colors of the camera tend to spill over when AI is turned on. The same thing also happens at night time. There are fewer details in the image with AI on. Maybe, POCO only focused on the brighter lights as they are more catchy to the eye. The main camera allows you to record video in [email protected] which is considered a plus point.

In my point of view, the front camera of the M3 pro is the best attribute of the phone among others. The 8MP selfie camera allows you to take some remarkable photos. The colors are just okay but there is much detail, the images are plenty sharp and the contrast is superb as well. The front camera also allows you to record video in [email protected]

The M3 Pro runs on Android 11 which is the latest version of Android with MIUI 12 skin.  The Poco launcher uses a  different system theme and icons but you can change it to your liking. Moreover, the M3 pro features a powerful MediaTek MT6833 Dimensity 700 5G chipset which is based on the 7nm technology. The Dimensity 700 5G chip is equipped with an excellent octa-core processor with 2x 2.2GHz Cortex-A76 and 6x 2.0GHz Cortex-A55. The GPU installed in the smartphone is Mali-G57 MC2 along with a 5G modem. The overall performance of the phone is quite exhilarating compared to other phones of this price category. 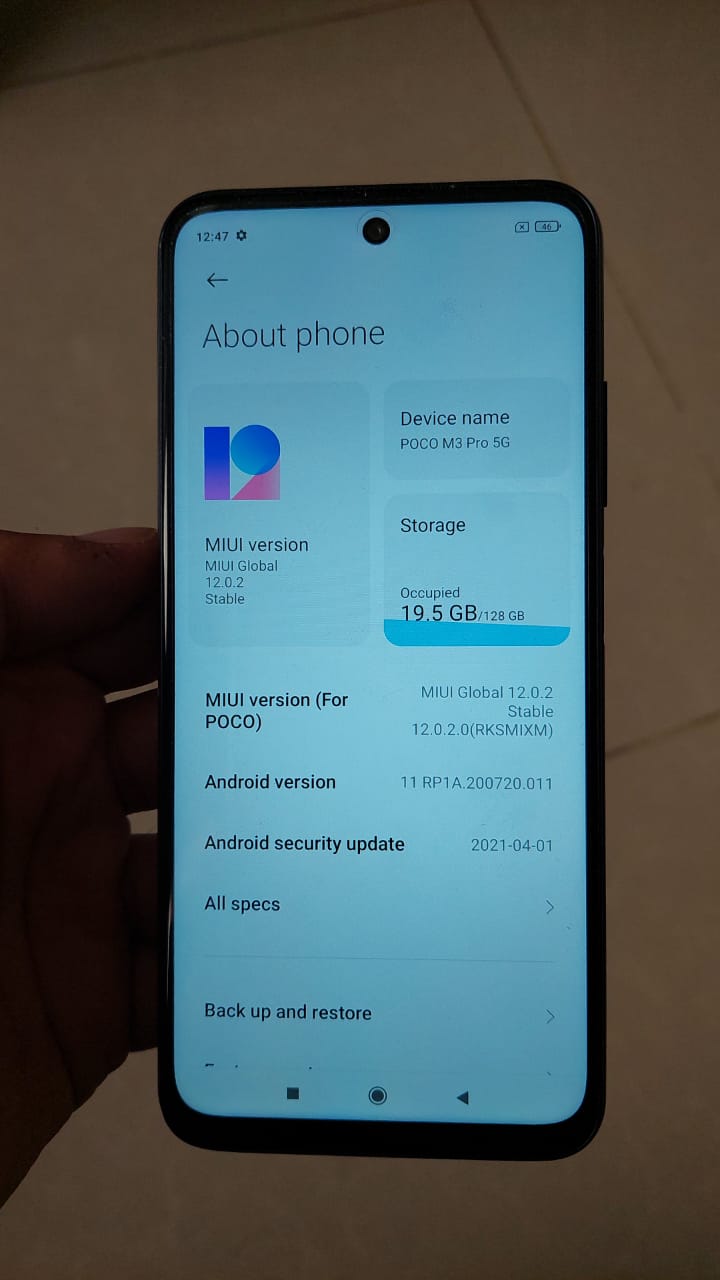 The POCO M3 Pro operates on the Dimensity 700 chipset, which is one of the entry-level 5G chips available, so it makes sense to use it in a budget handset. The phone scores 329087 on AnTuTu, while in Geekbench 5 single-core test it scores 558, and in the multi-core test around 1734. These scores are a bit better if we compare it with M3’s Snapdragon 662, but not by much. As it is an entry-level chip, so we should expect it.

For security purposes, the Poco M3 pro 5G is equipped with a side-mounted fingerprint scanner. In addition to that, other options including PIN, and password protection are also provided in this smartphone.

The connectivity options in the phone include WLAN, Bluetooth, GPS, NFC, Infrared, and USB type C 2.0.

The Poco M3 Pro 5G comes with a powerful 5000 mAh battery along with a charger of 18W. Though the company claimed that it has a fast-charging capability, however, when we tested the device, things look on the contrary. It took half an hour to charge 35%, and one hour to charge to 67%, and 116 minutes to fully charge to 100%.

After a detailed review of the Poco M3 pro 5G, we believe that it is a good entry-level 5G smartphone and will prove to be a strong competitor in this price category. So anyone who wants to purchase a 5G smartphone but low on budget, then it will be one of the best choices for him/her in the market.