Poco has just recently launched F3 GT. Now another flagship device is making its way towards the market. Poco recently confirmed that the X3 GT is arriving on July 28. The phone will be powered by the Dimensity 1100 SoC. Now the company has announced that the smartphone will support 67W Turbo Charging. 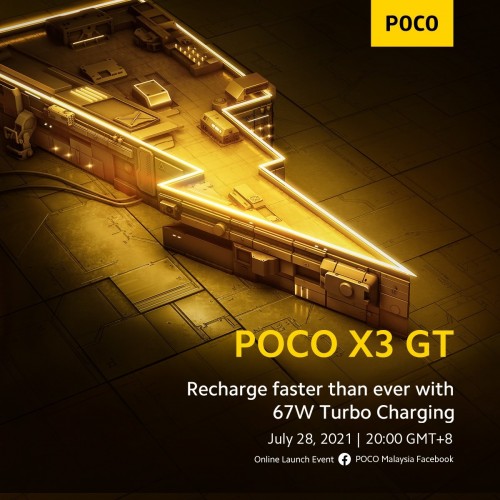 Poco is famous for bringing high-end and gaming smartphones at reasonable prices. The upcoming Poco smartphone will most likely launch with some amazing specs. Although the company has not detailed the X3 GT’s specs sheet yet, rumours claim this isn’t an entirely new device but a rebranded Redmi Note 10 Pro. The leaked images also suggest the same.

For selfies and video calls, there will be a 16MP shooter inside the punch hole. At the back, the phone will have a triple camera setup with a 64MP primary, 8MP ultrawide, and 2MP macro units.

Surely, we will get more information about the phone in the coming week. So stay tuned for more updates.