Poggers is a slang term that was introduced from the gaming world in 2017 which means pepe of the frog. The word ‘poggers’ is used to show excitement or awesomeness of something. It is widely used in live streaming platforms like Twitch and video sharing platforms like TikTok. Occasionally, its short form ‘pog’ is also used. You will mostly see this term in the comment section of live stream videos. Therefore, in this article, we are going to tell you Poggers meaning and ‘How to use Poggers online?’

As stated before, the word poggers is used to show the excitement of something. Basically, it is a type of emoticon that is used in Twitch. The poggers emoticon is kind of a surprised frog. Its origins can be traced back to the comic street, Pepe family. At the start, it was used by a number of far-right political movements to present an innocent and surprised look towards the performance of the government. Though, currently, Poggers is used a lot in Twitch which primarily is used to show excitement. 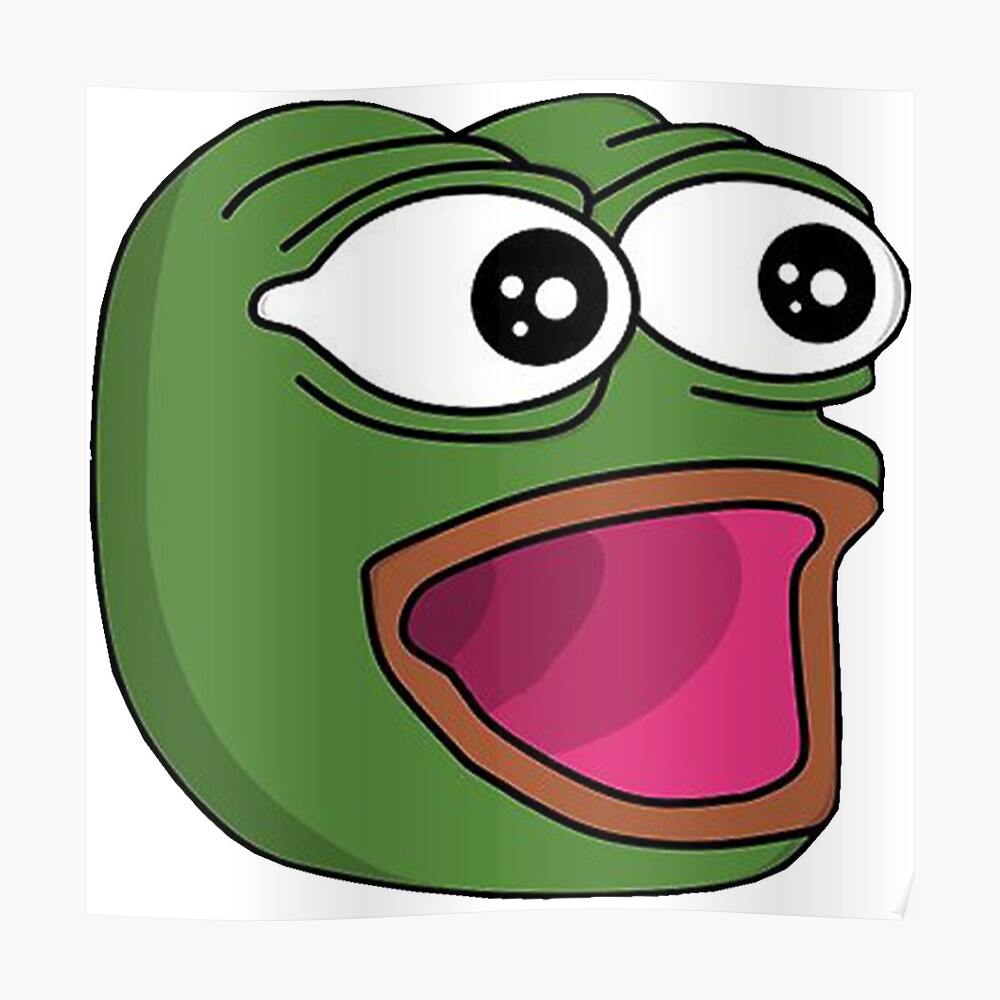 Generally, users will send poggers rather than typing ‘awesome’ or ‘epic’. It is seen as a positive term that is utilized by viewers to support their Twitch player when they have done something epic while live-streaming their game. It allows the player of the game to realize that they are doing something exceptional and their audience is appreciating their live stream.

What is meant by Pogchamp? 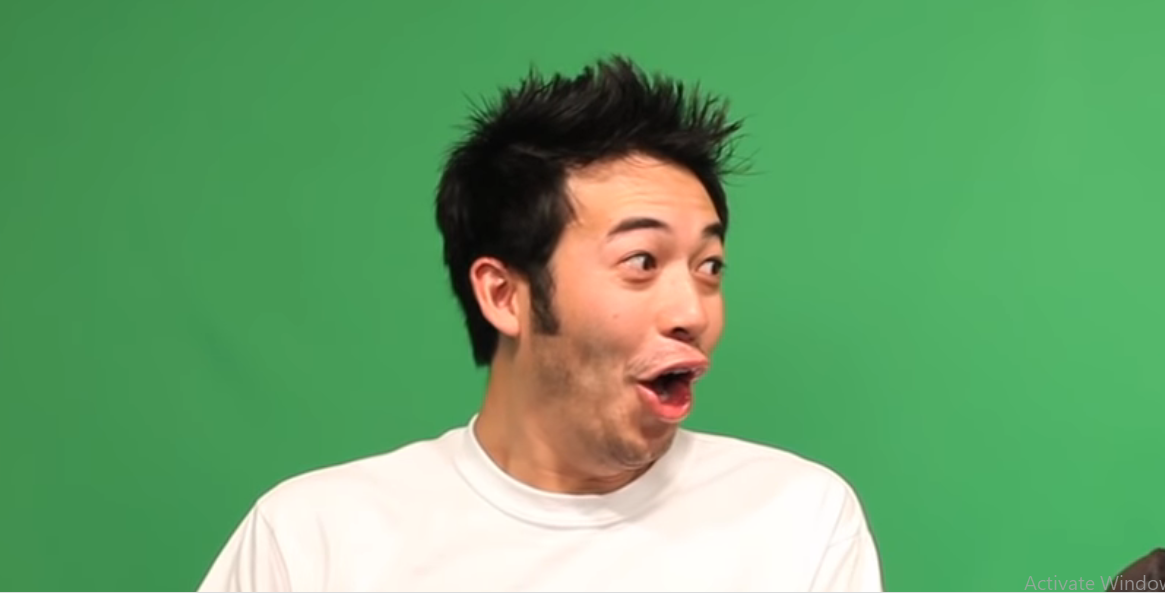 Similar to the poggers, Pogchamp is an emoticon used on Twitch to show the same level of delight. You couldn’t find a better image as mentioned above that resembles this sentiment. Probably, you’ve seen it before somewhere else.

The photo mentioned above is an original pogger’s face. It is the face he makes when anyone knocks on his camera while he is making a video. The face is not used frequently but actually, it means the same thing, explicating a reaction of surprise in a positive manner.

Is poggers a bad word?

Poggers isn’t a bad word at all rather it depicts excitement and joy. It is also used when other players or audience are surprised. Because of its pronunciation and relatively less use in normal day-to-day speech, so maybe some see it as a negative word, however, it’s totally on the contrary.

Primarily, emoticons mean displaying emotions using images or in a theatrical manner. So poggers is regarded as a form of emoticon that shows the reaction of surprise and excite using a surprised frog image as mentioned above. Hence, rather than typing your reactions, you can send a poggers emoticon to show emotions such as ‘great’, ‘awesome’, etc.

What is a Pogger meme?

If we define a meme, it is primarily a video, or images that are sarcastic in nature and are used online. In the case of the pogger meme, it uses the image of Pepe the frog and has some entertaining and humourous text associated with it. There are a number of different memes out there. You can interpret a meme in your way and then use it according to your own liking. Furthermore, you can also make your own Poggers meme to explain things like ‘unbelievable’ or ‘exceptional.’ 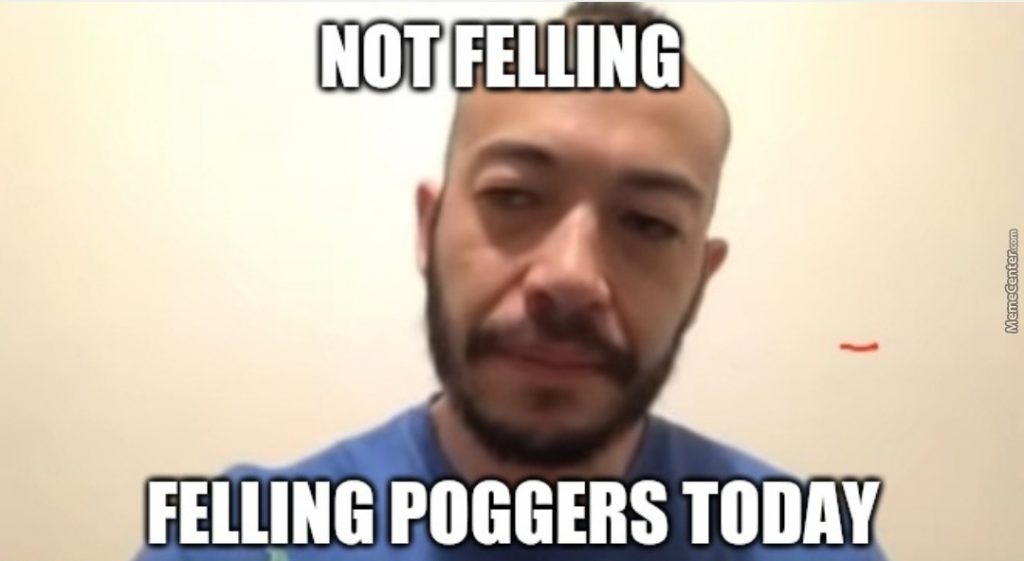 How does POG in gaming differ from Poggers?

The acronym POG stands for ‘Play of the Game’ which is to show the best play in the game. POG in gaming is entirely different from poggers but often taken as the same thing. So, it is important to mention the difference between them. Often audiences use POG in the comment section of any game when they see something really brilliant happening.

Apart from Twitch, the poggers emoticon is also used on other social media applications like discord and WhatsApp. There are famous poggers stickers available on whatsApp However, the emoticon does not come in your discord application. However, by following the below-mentioned steps, you will be able to upload poggers emoticon on discord.

After reading our informative blog, we are sure that you are no longer be confused when this piece of vocabulary comes in front of you. If you like our article or have any queries regarding it, do mention them in the comment section!