Possible China deal could pep up iPhone sales. Apple Inc. might have a chance to pep up cooling iPhone sales in China if it finally can reach a deal with the world´s biggest phone carrier. Once China´s must-have gadget, the iPhone has seen its explosive popularity squeezed as the market filled with lower-priced rivals from Samsung to ambitious local brands. Some analysts say anybody who wants an iPhone and can afford it already has one.

That might change if Apple can gain access to China Mobile Ltd.´s network and a new pool of potential customers. After a yearlong courtship, there are signs the two corporate giants might finally be edging toward a deal.

On Monday, China Mobile´s website was taking orders for a mystery phone called “Ming Xing,” or Bright Star. It showed a handset silhouette like that of an iPhone but gave no brand name. The timing looks right. Just as Apple´s sales growth in China cools, China Mobile received approval Dec. 5 to start operating the world´s fourth-generation network and needs to market it.

State-owned China Mobile has more than 750 million mobile accounts. But its new 4G system — based on China´s homegrown TD-LTTE standard — is unfamiliar to demanding Chinese customers.

blockquote cite=”Analyst Jane Zhang of Gartner”
The iPhone´s glamor might help to win them over. Leveraging this brand, China Mobile could build a reputation for their network. 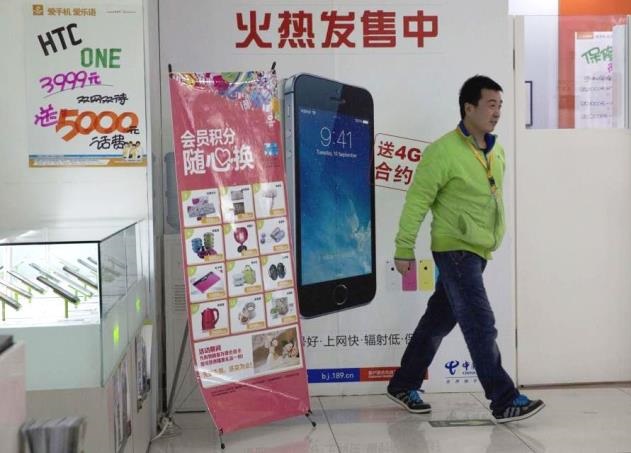