Huawei’s subsidiary, Honor is holding its own press conference at IFA in Berlin tomorrow. The company is expected to announce a few new smartphones at the event. Recently, Honor 8X Max got leaked in new press renders. Press Renders confirmed some of its specs. Moreover, they also revealed the Honor 8X Max Color Options. So, rumors are pointing out that the company will discuss the upcoming Honor 8X and Honor 8X Max at the event tomorrow.

The upcoming smartphone will be available in two colors as revealed by Press renders. The two colors will be Blue and Black. 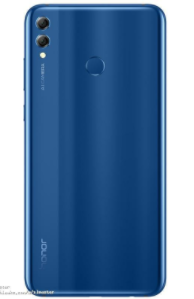 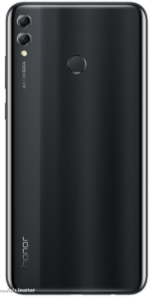 The new smartphone will feature a slightly modified design that makes use of a water drop-like notch. The tiny notch will house the front-facing camera. A circular fingerprint scanner will be present on the rear. The new in-ear speaker will be present at the very edge of the aluminum frame. The phone will feature slim bezels which will eventually join together at the bottom to form a thick skin. 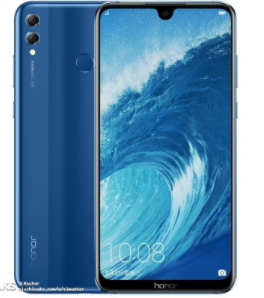 The smartphone will sport Snapdragon 660 alongside 4GB of RAM. It will have a massive 4,900mAh battery which will be keeping the huge 7.12-inch display on. It will sport Android 9 Pie straight out of the box alongside EMUI 9.0. The handset will be available to purchase in China alongside the regular Honor 8X on September 5. Moreover, there are still no words about the price of the phone.