There happen so many times when a product or music album is about to launch. And you see glimpses of it before the official reveal. This happens once again with the PlayStation RPG (PS5 RPG). The presence of a major PS5 RPG remake has been revealed ahead of its announcement, though there is no information on what the secret RPG is. Yet, the Internet has its guesses. In addition to Horizon Forbidden West, The Last of Us Part II Multiplayer, Marvel’s Wolverine, God of War Ragnarok, Marvel’s Spider-Man 2, and Gran Turismo 7, PS fans already can look forward to a “super RPG” for said PS5. 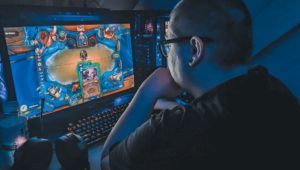 The leak comes from some developer of ‘Mutan Insight’. The same worked for Final Fantasy, Atelier, and other projects. Its primary task was supporting. At the time of publication, it’s unknown whether Mutan Insight has been charged with leading the making of this mysterious project or whether it’s once more serving as a support function. This is significant since it would reveal the project’s goal. It is unlikely that this will be a huge budget project if Mutan Insight is the principal developer. The term “high-end” implies that this is exactly what it will be.

So far, neither of the persons involved have spoken anything about it. We don’t anticipate this changing. But if it does, we will inform the entire news. Many PlayStation lovers believe this is the supposed sequel of Chrono Cross, while other titles such as Legend of Dragoon, Final Fantasy VII Remake Part II, and a PS5 port of Final Fantasy 15 have also been mentioned.