PTA Complaint management system is providing ease and facilitation to the general mass for lodging complaints online through a user-friendly interface. Consumers have lodged their complaints by providing the necessary required information. While the system has resolved complaints within the stipulated turnaround time.

The recent report, released by PTA, shows that many consumers from all over Pakistan have entered their complaints successfully by following some easy steps. PTA has published the survey report on its website for the very first time.

Lahore Gets the Most Complaints: 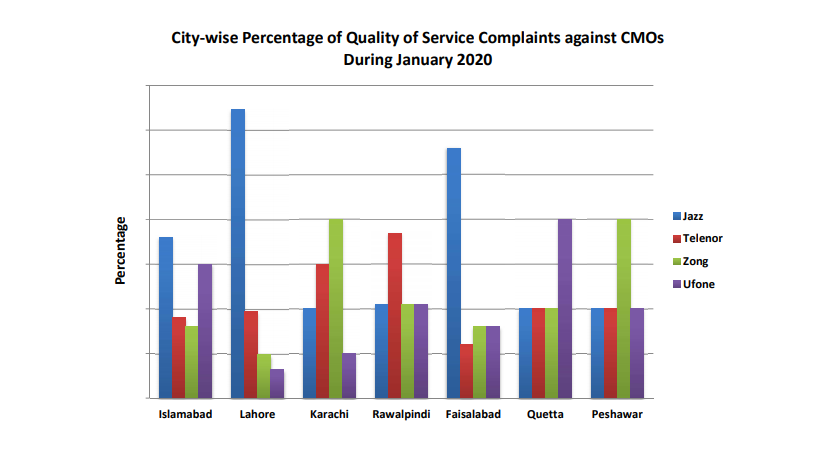 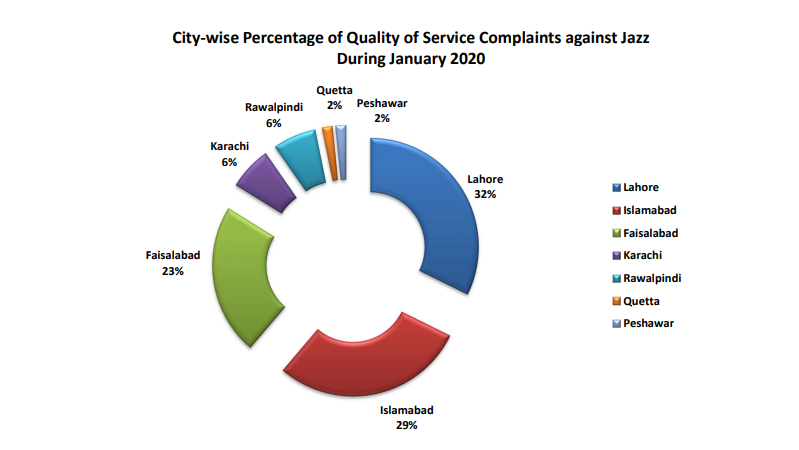 When it comes to the city-wise percentage of quality of service complaints against the Jazz during 2020, the above pie chart shows that 32% of complaints are lodged by consumers in Lahore, 29% in Islamabad, 23% in Faislabad, 6% in Karachi, 6% in Rawalpindi, 2% in Quetta and 2% in Peshawar. 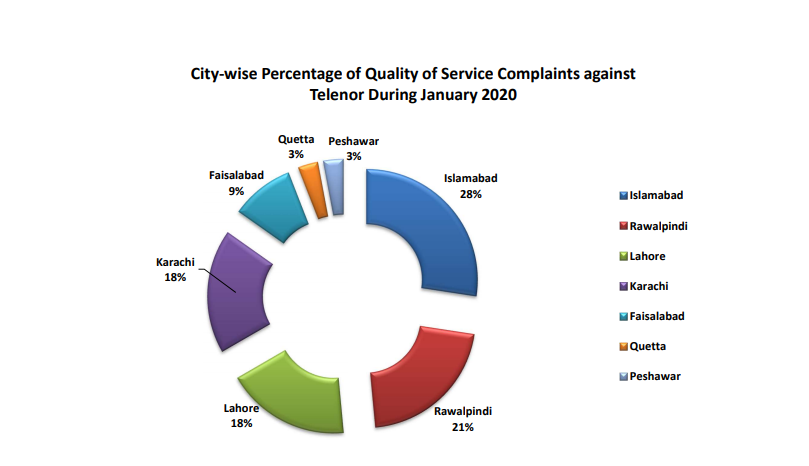 City-wise Percentage of Quality of Service Complaints against Zong: 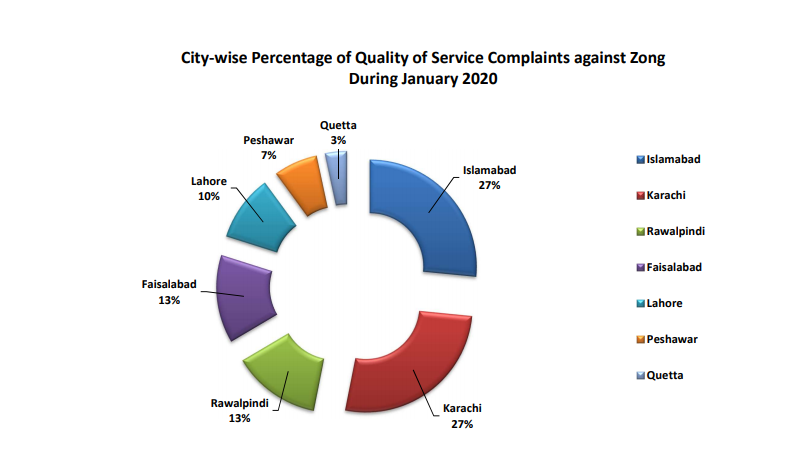 During January 2020, 27% of complaints lodged by consumers in Islamabad and Karachi against Zong while 13% in Faisalabad and Rawalpindi. In Lahore, 10% of consumers lodged the complaints while in Peshawar and Quetta 7% and 3% of complaints have been received.

City-wise Percentage of Quality of Service Complaints against Ufone: 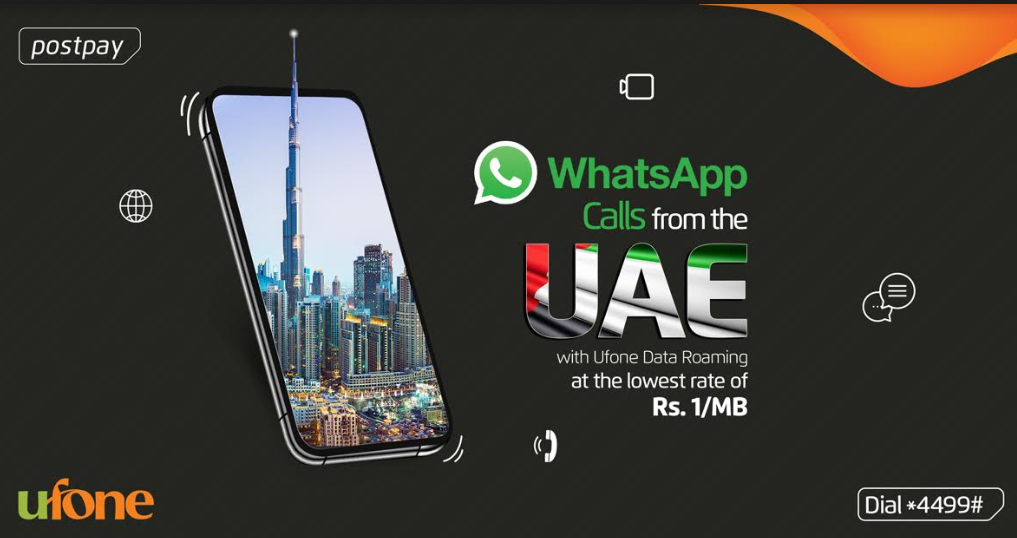 The Complaints against Ufone during January 2020 in Lahore are 53.3% while in Quetta, Peshawar and Faisalabad there are 0% of complaints. 6.7% of complaints are registered in Rawalpindi and Karachi. Consumers in Islamabad have lodged 33.3% of complaints. 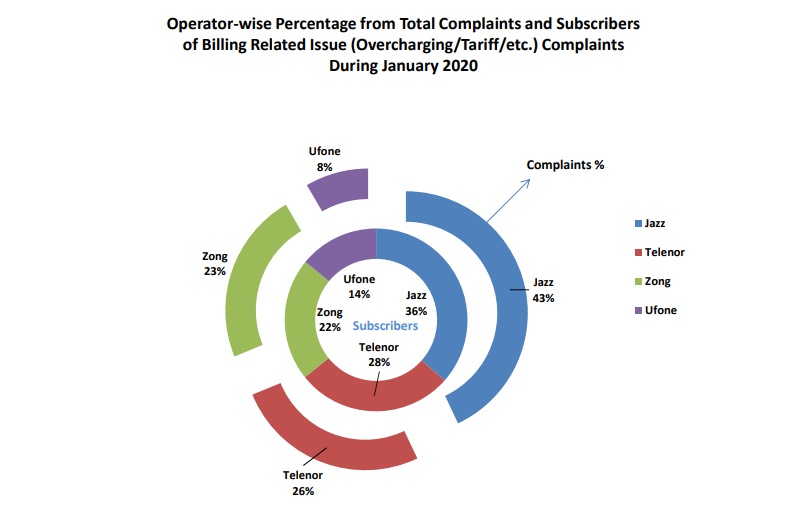 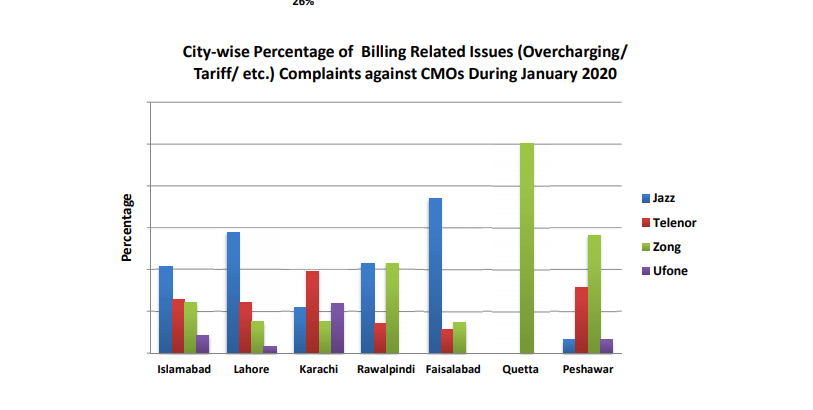 All the above data has been taken from PTA website. PTA has shared this data publicly for the very first time and from now onwards, it will share this data on a monthly basis.