We have come across a notification from PTA regarding Telenor, asking users to switch to another network as the Pakistan Telecommunication Authority is going to suspend the services of this particular operator. This news spread like a fire on social media and Telenor users were quite not happy to know about it and were confused regarding the notification. In the PTA Notice, people were asked to switch to other network or use their credit before December 11, 2019, as its services would be suspended after that. 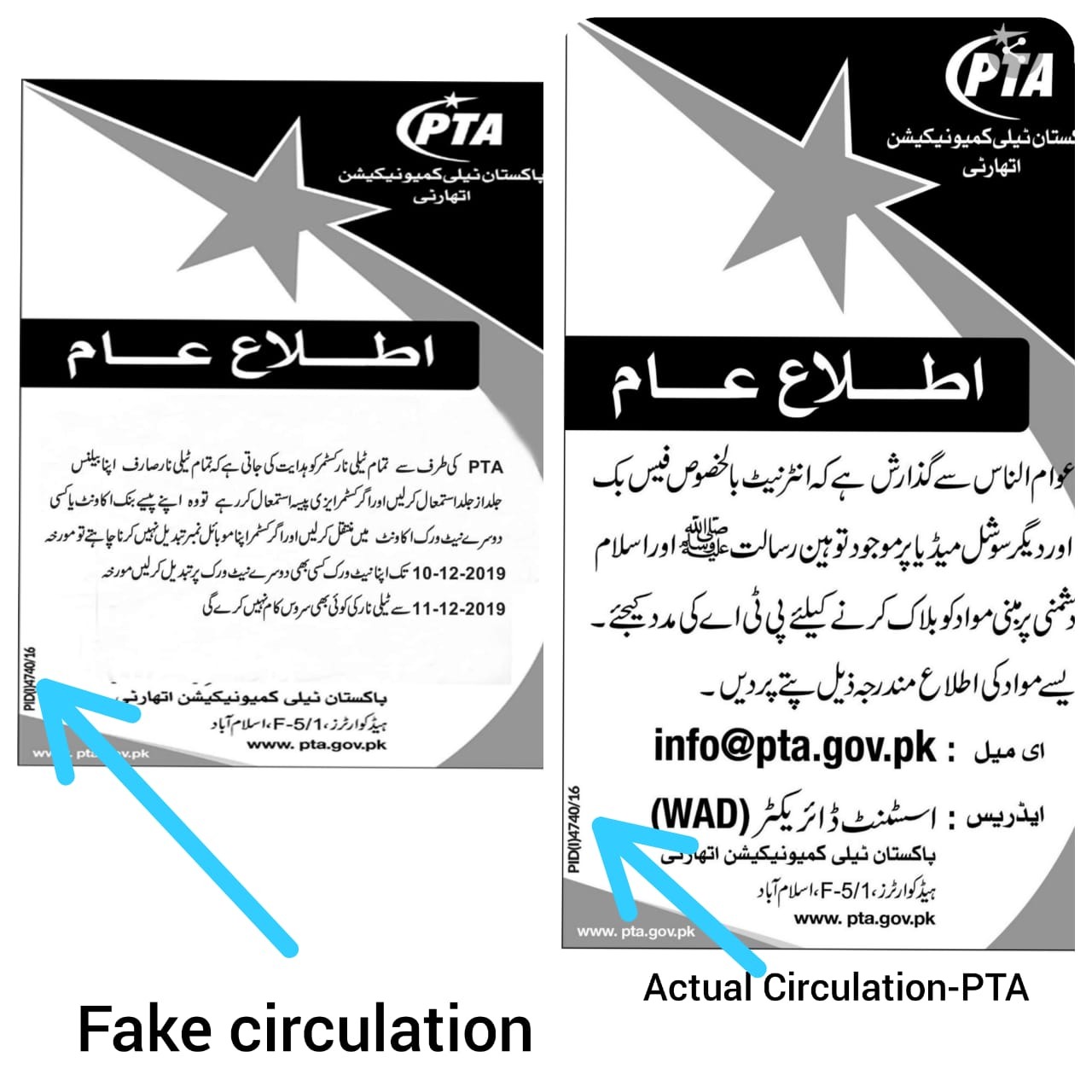 However, soon after PTA came to know about it, it took to twitter and other channels to announce that the notification is fake and it has no plans to suspend services from any of the MNOs operational in Pakistan.

This false advertisement was circulation via WhatsApp chat groups for users of that particular mobile operator.

Here’s What PTA said about this whole scenario:

⚠️ PTA is aware of a false advertisement circulating via WhatsApp chat groups for users of a mobile operator. PTA clarifies that the aforementioned advertisement is fake.

PTA urges the public to refrain from circulating it since it might generate confusion and inconvenience for consumers.

Later on, PTA advised customers to cross-check any notification before forwarding from PTA’s official website: