At last, we see a ray of hope as the Telecom regulatory body Pakistan Telecommunication Authority (PTA) spun into action to revive the drowning Wireless Local Loop (WLL) industry that was poised to die leaving behind not only people jobless but also government loosing over billion Rupees in bad debt never to be recovered as was in the case of the banks a decade back. The icing on the cake is that it will give some breathing space to the struggling national company PTCL who will take over management of the company that also needed spectrum to survive in the highly competitive mobile broadband market.

The PTA decision also paves way for spectrum re-farming making precious spectrum available for future auction to the current mobile operators. In short it is a win-win for all- specially the consumers, the government and most of all the industry which is crying hoarse on the inflated taxation regime by Federal Board of Revenue.

This is a historic moment for the industry and the country that finally some Government body took upon itself and decided to revive a sick Industry using its mind and power vested to it for good rather it’s mechanical process and lethargic attitude to do nothing as is the trend with government run institutions. The decision to revive the WLL is a ray of hope for other struggling telecom industry and maybe a lesson for regulatory bodies such as PMDC, HEC, NEPRA, OGRA etc., that they need to do more than just sit back in their posh offices and let consumers and industry suffer at the cost of their ineptness.

The WLL operator DVcom litigation remained pending before different courts of law for over a decade. Finally, the Honorable Islamabad High Court remanded the case back to PTA, with the directions to decide the matter afresh and give opportunity of hearing to DVCom. It is important to note that due to minor issues in roll-out obligations with PTA and the ministry in the last 6-7 years the company was forced to accumulate huge debt as late payment charges that exceeded even the principal amount to be paid in lieu of Spectrum acquired.

PTA quite recently in a post remand hearing restored license of DVCom that completed its obligations and cleared outstanding dues amount to the tune of around Rs1.43 billion. PTA also allowed change in management of a licensee/telecom company under the regulatory framework so that the spectrum given is put to good use. PTCL- the State owned company is reportedly taking over the company and its asset and also future liabilities. PTCL has also shown interest to acquire some other WLL companies that are struggling to survive that could provide a very healthy trend for companies to avoid possible defaults on their obligations. Meanwhile, the PTA is also reported to make arrangement that the WLL industry re-farm the existing spectrum given to them sometime back that is globally used for 3G/4G Services that shall pave way for the current mobile network operators to have more spectrum available to them in near future in view of the fast growing 3G/4G subscribers in the country.

It is also important to note that some rouge elements in the industry that are not happy with the current positive developments on the ICT scene have tried to make this development like the last year 3G/4G auction look controversial and leaked uncooked stories in the press. 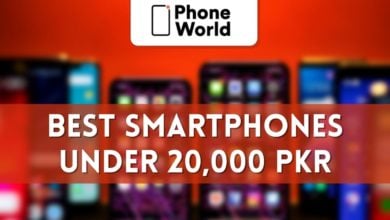