State Minister for IT & Telecom Anusha Rahman has said that collective efforts made by all stake holders in countering grey trafficking has resulted in somewhat 8% increase in white traffic, saving millions of rupees to the Public Exchequer. She was chairing a follow up meeting regarding monitoring of Grey Trafficking.

The state minister said that there is a dire need for this “Collective Campaign” against grey telephony to be spearheaded by PTA and fully supported by Ministry of IT, ICH Consortium, Mobile Operators, Law Enforcement Agencies and most of all the general public, being the ultimate beneficiary of all the efforts, made by government.

During the meeting the participants were given a detailed briefing regarding the Grey Trafficking by the PTA’s Acting Chairman, Dr. Ismail Shah stating the performance of the equipment installed at PTA with the efforts of MoIT; he said that after installation of the equipment .

02 million IP Addresses had been blocked so far. The meeting was apprised that White listed IPs had been subject to a substantial rationalization of IPs and resultantly according to a rough estimate more than 40,000 IPs had been blacklisted, hence the figure in the list now appeared to be 10,360 IPs.

The participants were informed about the efforts made by the monitoring team and the resultant arrests of culprits and confiscations of illegal equipment and gateways during the presentation: It is worth mentioning here that merely one such set up was involved in about 11 million minutes per month of grey traffic. Moreover, recent strikes have affected the blocking of more than 200,000 unauthorized IP addresses by the system.

After consultation with Ministry of Information Technology, PTA will procure SIM Box detection Service to further strengthen the activities against grey traffic. 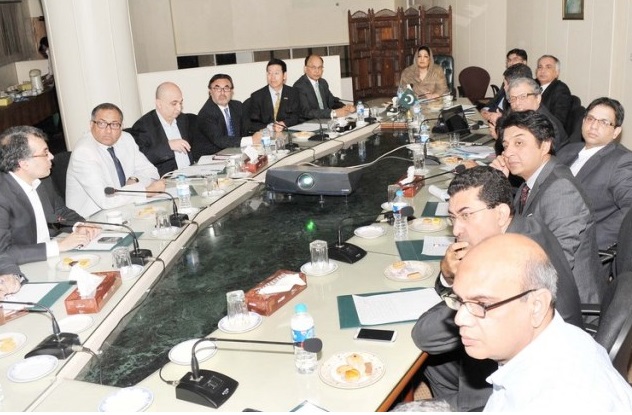 The State Minister emphasized on taking the general public in loop so that optimal outcomes might be attracted: In this regard it was decided that an extensive media campaign under Corporate Social Responsibility (CSR) banner would be run by PTA, using electronic media particularly, Mobile Companies will participate in generating SMS messages and proactive measures to engage public in curbing this menace of grey traffic. In view of the outcome of these measures, the ICH policy will accordingly be reviewed at the end of December.