PTCL to Charge Rs. 10 Million Fine for Damaging their Cables. Pakistan Telecommunication Company Limited (PTCL) has issued a public notice yesterday in Dawn and Jang newspapers to highlight that their company’s infrastructure is damaged on daily basis by individuals and private/government construction firms.

PTCL said that the development work of different companies and projects cuts their cables and put the company under huge loses and also deprive their customers from service connectivity.

PTCL to Charge Rs. 10 Million Fine for Damaging their Cables

PTCL said in its notice that:

“Such infrastructure damage causes service disruption to businesses and home users that ultimately leads to loss of business for many.”

As per Electronic Transactions Ordinance (2002), anyone causing damage to telecom infrastructure can be put in jail for up to 7 years and a fine of up to Rs. 10 million

To deal with such misconceptions and service disruptions, PTCL will now deal with companies and individuals causing infrastructure damage — either intentionally or accidentally — with all possible legal options, which include:

The notice has been provided here for detailed reading: 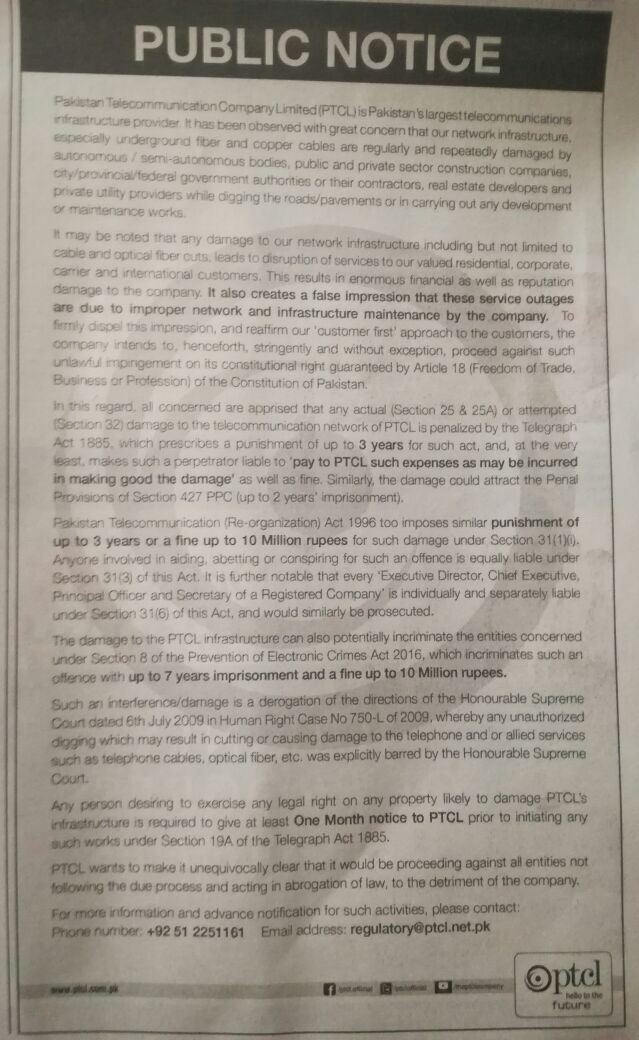