Pakistan Telecommunication Company Limited (PTCL) payed tribute to the Father of the Nation, Quaid-e-Azam via 2 years old video. Interestingly, PTCL is using same video each year to pay tribute to Quaid-e-Azam. The already disappointed customers of the company, this time got more angry due to this approach of PTCL. We have attached a screenshot for this purpose that how the customers are blaming PTCL for its poor internet services. 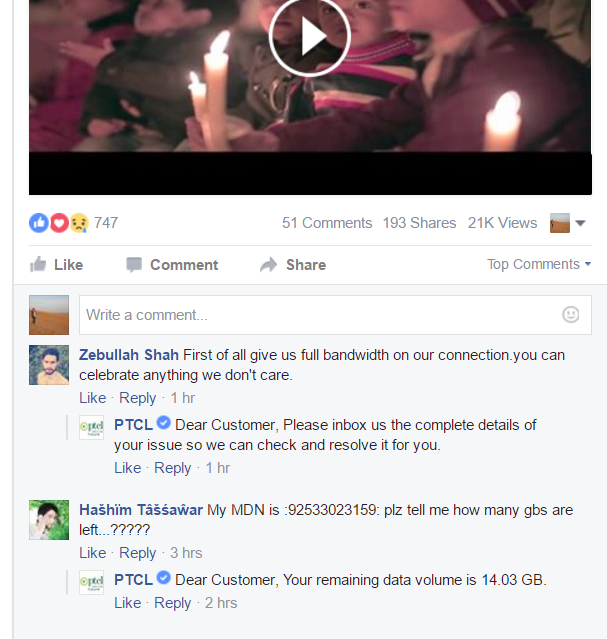 The video starts with some scenes of partition and a message by Quaid-e-Azam. In the later video, PTCL showed its effort and services provided to the whole nation since 1947. Like how it connected the whole country through its services. The users criticized the video by saying that PTCL should improve its services first than to pay tribute to the Nation’s Legend.

PTCL also showed some of its famous packages in a video. But people also criticized them.

Overall, the video is a good effort by PTCL. But surely, PTCL should focus to improve its services. As I personally experienced the PTCL evo service and I suffered a lot due to its slow speed.