PUBG Mobile update 1.3 recently delivered a new twist in the game called a Hundred rhythms alongside Season 18. As before, lots of new cosmetics items including skins, outfits, and skins, are launched in the new Royale Pass during the new season. The RP is based on the theme of Hundred Rhythms, and the Elite Pass can be purchased for 600 UC and 1800 UC, respectively.

The new Hundred rhythm game mode includes new weapons, a new vehicle, and the new Cheer park theme known as the yearly music festival are some of the most important highlights of this update.

The update will bring out a new DJ stage on the Erangel and Cheer Park map to listen to music and to enjoy all types of rhythm games. You will also get a mystery guest presence at the stage and your friends can also party with you at the stage.

Checkout: Pakistan’s Next Target to Join the Global Gaming Industry with Game-Changer Program 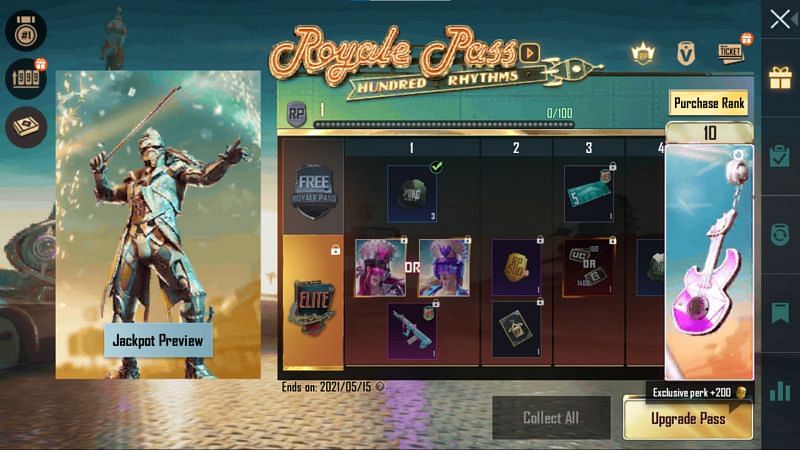 In addition, new improvements to the traditional War of the Royal gameplay are introduced. Besides new cosmetics, you will also be able to track other players, protect yourself, or improve damages by using new music-based capabilities.

With the latest Royale Pass, you will open a new Mosin-Nagant Sniper Rifle, the engine glider, and many more.

The new hundred rhythms are available for download on Google Play Store and the Apple App Store with the latest update. The update size is approximately 1GB.

Check out the update Detail here in the video:

Here are some of the features that are making their way into PUBG Mobile with the 1.3 updates:

You may be also interested in: Epic Games Releases Fortnite Season 6 Official Teaser