In accordance with the findings of the initial investigation report of the district Police station, after fighting with their relatives on a private matter, the man opened fire on his family, killed his sister-in-law and her friend, and seriously injure his mother and two siblings.

The deputy police superintendent, Umar Baloch, spoke in the media about the incident and said “the person was fighting with his relatives over a fraud of Rs15 million. Yesterday, he brought a gun and shoot them.” 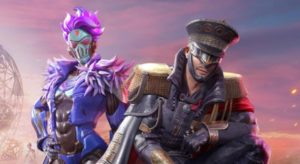 He said the culprit was a passionate mobile PUBG player and was addicted to drugs, a game that is extremely popular among Pakistani young people.

The police wrote the Federal Investigation Agency (FIA) and the Pakistan Telecommunication Authority (PTA) a letter for restriction on the game. PUBG Mobile banned for a short time last year on 30 July 2020, Game resumed after the Islamabad High Court ordered the Government to lift the ban.

After involvement in-game, young people are forced to play and play the game, its addiction. The player will have to play the game for the targets. There have also been reports of aggressive actions among players.

Dr. Sheikh says that gaming users are also irritable and discourage having new friends, while they may have friends online. If these people are discouraged from playing sports, it has been noted that they might become desperate, she said.

You may be also interested in: PUBG Mobile Reports 1 Billion Downloads