PUBG: New State is now available in more than 200 countries for Android, iOS, and iPadOS devices. The new battle royale game, dubbed PUBG (PlayerUnknown’s Battlegrounds), was revealed in February as the next chapter in the PUBG (PlayerUnknown’s Battlegrounds) franchise. It promises to deliver a next-generation battle royale experience, with 100 people fighting with a variety of weapons and methods.

“PUBG: NEW STATE has been and will continue to be a labour of love for the team at PUBG Studios, and we could not be more thankful to our global fans who have constantly expressed their passion and enthusiasm for the game since our announcement,” said Minkyu Park, PUBG: NEW STATE’s Executive Producer.

PUBG: NEW STATE seeks to advance the battle royale genre by incorporating novel gameplay elements like as weapon customisation, a drone store, and a unique player recruitment mechanism. PUBG: New State is available on devices running at least Android 6.0, iOS 13, or iPadOS 13. The game may be downloaded from both Google Play and Apple’s App Store.

Over 40 million people have already pre-registered for the highly anticipated battle royale game on Android and iOS. Pre-registered players will receive exclusive bonuses, including a limited-edition car skin. If you’re one of the millions of PUBG fans eagerly anticipating the release of PUBG New State, you’ll want to see if your Android or iPhone can run the game. 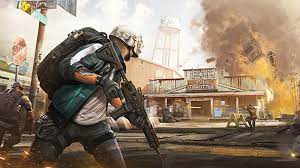 Aside from the known concerns, the official PUBG Twitter account has stated that owing to a massive influx of people in a short period of time, some users may face temporary log-in issues. The staff is attempting to resolve the problem, according to the tweet.