The recently imposed tax of 19.5% has been withdrawn by the Punjab Government; just revealed from PITB Chairman Dr. Umer Saif announcement on social media platform, Facebook. This issue of 19.5% provincial sales tax on mobile internet and data services was recently raised by Pakistan Telecommunication Authority (PTA) as well. The Authority actually conducted a study that revealed that the provincial tax is affecting the business of telecom operators at a time when the government is advancing towards the auction of the remaining 3G/4G spectrum. Hence, Punjab government became the first province that has taken the decision to withdraw this tax. 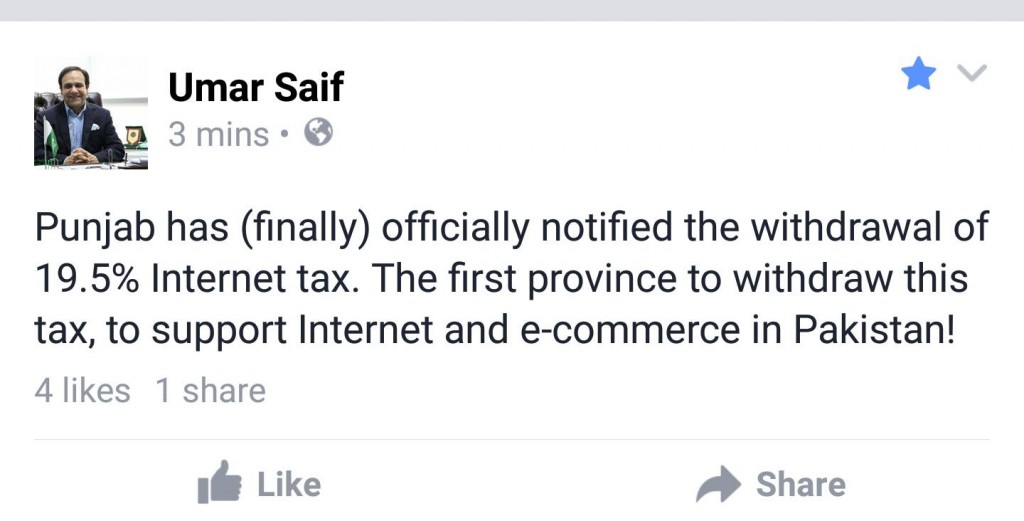 Also Read: PTA to Raise the Matter of 19.5 percent Sales Tax with Provinces

Hope so that the rest of provinces will also soon remove this tax as the five operators has already presented their grievances on the issue and requested many times PTA to look into the matter seriously otherwise they will not participate in the future auction. Hnece, on behalf of Punjab government this is an extremely beneficial step that will lead Pakistan to progress.